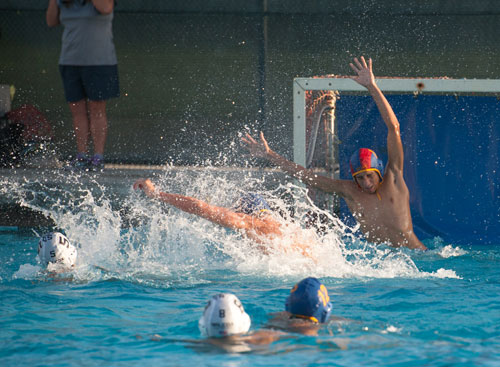 “That was a great game for us,” said head coach Scott Blake. “Santa Clara beat us three weeks ago by the same score so I’m proud to see the progress that we’ve made in that time. We stuck to the game plan and incorporated some of our newer tactics, which made a tremendous defensive difference. [Junior] Sarah [Geiger] had a great day in the cage with nine saves, but she really made the difference with pinpoint counter attack passing, racking up five assists.”

On the boys’ side, Wilcox put on a defensive clinic, shutting out the Bruins in the first half and allowing only three second half scores. When junior Kevin Aisawa scored on a penalty shot early in the game, the Chargers never looked back. Senior Alejandro Barrionuevo led the team with four goals (all in the first half). Juniors Robert Gaylord and Kevin Le and senior Tim Pickard scored three times each, while junior Arman Malek scored twice and junior Glen Chandler once to give Wilcox the commanding victory.

The Bruins look to bounce back when both the boys and girls teams play at Cupertino on Oct. 17. The Chargers hope to continue their winning ways when the girls team plays at Monta Vista and the boys at Homestead, also on Oct. 17.