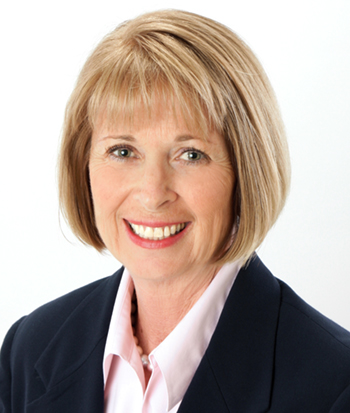 Superintendent Bobbie Plough is a happy mother awaiting her son’s upcoming wedding at the end of June. To get ready for the big day, she is using the rest of her vacation days in mid-June. Therefore, she will be out of the office on June 28th, her official last day of work. There will be no retirement party or formal recognition of Plough’s retirement.

“I’d asked for there not to be [any events] because I just want to ride off into the sunset,” Plough says. “I’d like to spend more time with family. I currently teach for the doctoral program in the Department of Education Leadership [at California State University, East Bay]. My husband and I will split our time between Hayward and San Diego.”

Respected for her leadership, knowledge, and warmth, Plough will be greatly missed. Since joining the Santa Clara Unified School District in July 2011, Plough built strong connections with members of the school district and community while accomplishing a number of challenging tasks.

“Working with many others, I led the effort to secure the parcel tax. My husband and I worked in the parcel tax campaign office almost every day during the campaign; the parcel tax is projected to generate more than $2 million each year for five years,” Plough says. “Our educational services division, school administrators, teachers, and I have worked very hard to know the curriculum and effectively deliver the common core standards.”

“There’s still a lot of work to be done; in a school district, it’s always about continuous improvement,” Plough says. “[We can work on] addressing the achievement gap. That’s the challenge for public education, and certainly a challenge in Santa Clara Unified.”

“Rely on the employees and community members, and just know that they’re wonderful people,” she says.

Plough also has advice for the new principals, faculty, and staff members coming in to replace the district employees who recently resigned.

When prodded for advice she’d share with the school district’s Board of Education on how the group could maximize its productivity, Plough says, “Communication is important and so is respect for one another and our employees.”

When asked about rumors that certain members of the Board of Education had created an uncomfortable work environment for her, and if this had contributed to her decision to retire, Plough responds, “I am retiring because of family commitments.”

“It’s really been a privilege to serve as a superintendent here,” Plough says. “I’m so fortunate that I’ve made so many friends among my colleagues. We plan to stay in touch. I want to thank the employees [at the school district] and many community members. I’ve been so blessed to get to know so many wonderful people here.”

The History of Santa Clara University in a Nutshell

Schools
Author Carolyn SchukPosted on May 28, 2014
Last Thursday at a public rally of about 100 teachers, the United Teachers of Santa Clara, declared a vote of “no confidence” in Superintendent...
Schools
Author Carolyn SchukPosted on March 12, 2014
California Ahead of Common Core Curve, Thanks to State Ed Focus Last week, the NPR radio news show All Things considered reported that the...