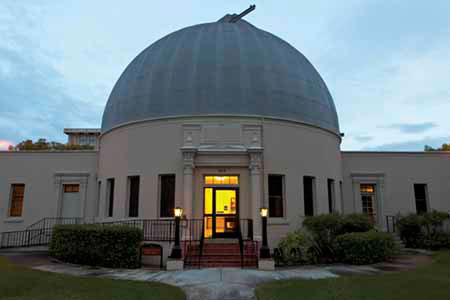 College and Mission City Grow Up Together

It was 1851. The original 49er’s Gold Fever was peaking and, in 1850, California had just become a state when the Society of Jesus founded Santa Clara College—now Santa Clara University—on the site of Mission Santa Clara de Asis, established in 1777 as the eighth of California’s 21 Franciscan missions.

Founded under the leadership of Italian missionaries John Nobili and Michael Accolti, it is the only California university that began as a mission. It is further distinguished as California’s oldest operating institution of higher learning.

Initially, the college offered preparatory courses, then added college-level courses in 1853. Enrollment grew after the Civil War, reaching 277 in 1875. It transitioned from college to university—the University of Santa Clara—in 1912. In 1925, its high school became Bellarmine College Preparatory for boys in San Jose.

Then in 1961, more than a century after the university’s founding, women were admitted as undergraduates, making it California’s first co-educational Catholic university. Santa Clara University (SCU) was adopted as its name in 1985.

The town of Santa Clara, which had been incorporated in 1852, became a state-chartered city in 1862. Known informally as “the Mission City,” it grew up around the small, Jesuit-run college destined to become a distinguished university that, today, still adheres to its Jesuit Roman Catholic roots, believing scholarly excellence to be vital to achieving moral excellence. 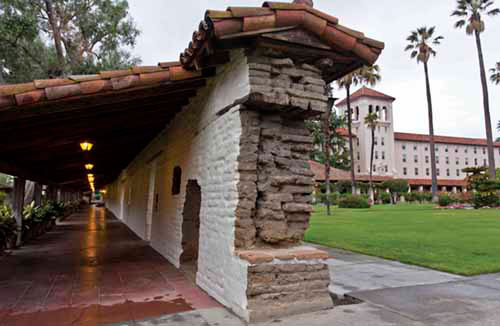 Santa Clara University, no longer owned by the Society of Jesus, is governed by a Board of Trustees made up of laypersons and Jesuits. About 50 Jesuits teach or serve in administration. Their salaries are paid to the Jesuit community, which contributes part to student financial aid.

SCU has kept enrollment low to maintain small class size and close interaction between the almost 900 full- and part-time faculty and the students. For the 2012 – 2013 academic year, undergraduates—about equally men and women–numbered more than 5,000 and graduate students more than 3,000.

The campus, located downtown on the east side of Santa Clara, comprises more than 50 buildings on 106 acres. The restored adobe brick lodge and adobe wall from 1822 are all that remain of the original mission buildings.

Santa Clara University—as does the Mission City of Santa Clara—continues to distinguish itself.