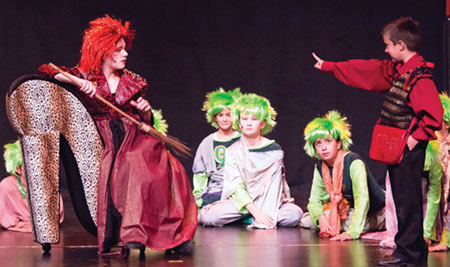 Starting Arts stormed into St. Justin School and worked with the students to put on a production of The Wiz at the Santa Clara High School Performing Arts Center on Dec. 19-20.

After teaching the large cast how to act, dance and sing – something that was quite the feat as many of the kids had zero training in any of the disciplines – the children performed a version of the 1975 Broadway show, which ran for 1,672 performances.

Every so often one or two of the children scores big with audiences and surprises them with a stellar performance. For St. Justin’s and Starting Arts, it was Marc Orlando, who played the Tin Man. Orlando’s singing and dancing (he did the robot!) were among the best. Another star was Hannah Leis who tackled the role of Evillene (the Wicked Witch). Leis was practically perfect with well-sung vocals, excellent diction and wonderful delivery, taking the performance to another level. 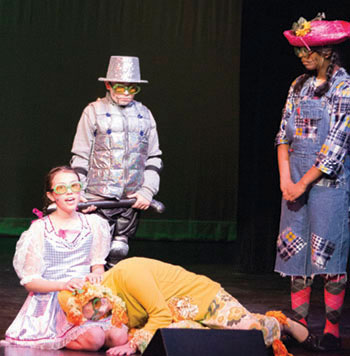 Outside of the quips and witty one-liners, the show was a delight and quite funny. One of the best additions was the Yellow Brick Road dancers (Marin Faria, Katherine Garcia, and Michelle Yagmourian) who brought a swinging 60s vibe to the stage show.

In the main roles were Joshua Baker playing The Wiz, Anneliese Seidel starring as Dorothy, Amber Leonard taking on the role of the Lion, Malia Joseph as the Scarecrow, Nina Lehr excelling as Addaperle (one of the good witches) and Jessica Defayette glorifying Glinda – the wonderful witch who helped Dororthy get back to Kansas. 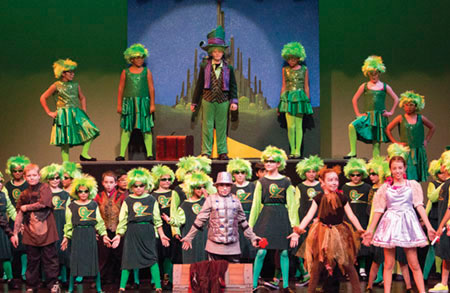 Overall, the acing and production of the show were fantastic. The children each did their best and the costumes and sets were perfect for the performance. With minimal time and limited resources, Starting Arts makes magic in Silicon Valley schools. The Wiz was just another super show to add to the Starting Arts library of school productions. Additionally, Starting Arts brought the show to Santa Clara Unified’s Peterson Middle School, which also performed The Wiz at SCHS on Dec. 19-20. St. Justin and Peterson shared stage time, with St. Justin performing early on Thursday and late on Friday and Peterson going first on Friday and second on Thursday.

This was the last production of the Starting Arts in the schools program, however, the Starting Arts Dream Team will perform Cabaret Jan. 10-12, 2014 and Sweeney Todd Jan. 16-19, 2014. Visit www.startingarts.com for more information or to buy tickets.