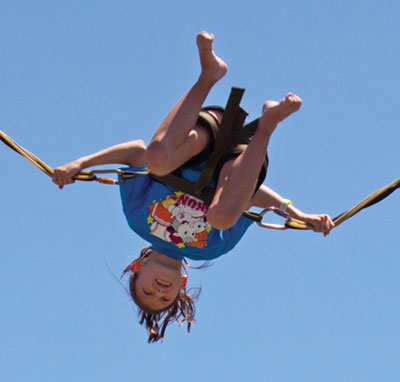 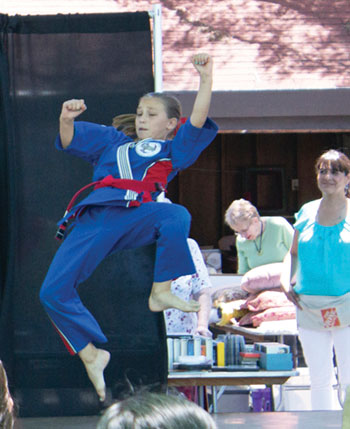 What once started as a chicken barbecue has become one of the most attended events in the City of Santa Clara. Held every year the first weekend in June, the St. Clare Community Festiv’all celebrates the weather rapidly warming for the summer months, while bringing the community together for a weekend of fun, fellowship and food.

This year, the event kicked off on May 31 with a selection of food trucks and entertainment featuring Ruthie and the Gents and St. Clare class of ’88 alumni Rich Gutierrez’s group, The Bang Girl Group Revue.

On June 1, the festival’s car show, something that the church hopes to expand next year, delighted visitors while they dined on ethnic foods made by members of the community and listened to Nothin’ But Fun. Later in the day, Circus Moments gave a workshop and show, The Dance Affair showed their skills on stage, Big Mike and the Hartbeats performed and church members prepared a tri-tip dinner for guests.

“All of my kids graduated here,” he continued. “I have a grandson that goes here…My crew is the same crew that gets together on Friday, Saturday and Sunday. We do tri-tip on Saturday. It’s a tradition.”

“We are known for our chicken barbecue,” said Festiv’all committee member Nancy Vitarelli. 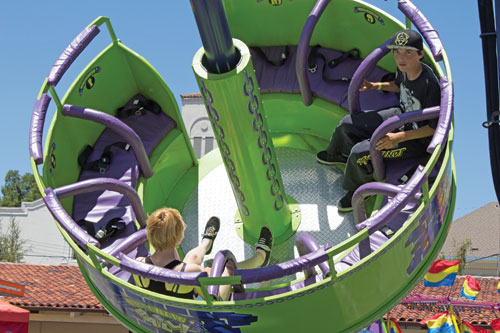 In addition to food, guests could ride carnival rides and purchase items at the rummage sale. There were also a wide-variety of games to play, from a beanbag toss to a very popular video game station with classic games like Dig Dug, Donkey Kong, and Pac Man.

“This is definitely a hit,” said Vitarelli. “One of our parents, Rex [Allison], put this together – he built these. It’s all of the old school games.”

“All of the other booths were closed down last night and we had to unplug the power [because the games have been so popular],” said Allison. “I just picked the simplest games…Dig Dug is super popular – it’s the most popular [here].”

Yo-Yo Joe, Ernie Reyes Martial Arts School, Nothin’ But Fun and the Michael Osborne Band performed on the final day of the event.

The five person committee (Vitarelli, Rebecca Allison, Stacey Thorn, Teddi Duffy, and John Hurley) has been planning the event for the past three years and began preparing for this year in August. The festival sees approximately 1,000 people per day over the three-day event and raised $40,000 last year. The committee hopes to have a similarly successful event once all of the funds are tallied. All of the proceeds will go toward redoing the school’s floors and supporting the church’s building fund, which will help rebuild a garage that was burned down last year. For more information on St. Clare Parish and School visit www.stclareschool.org.