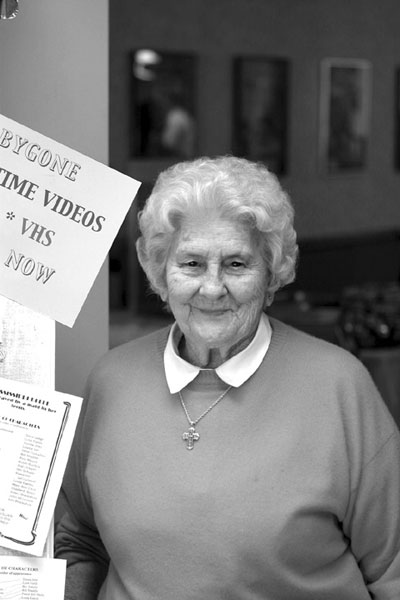 But for one Santa Clara resident, California’s experiment in unintended consequences was occasion for action, not hand-wringing. Spearheaded by community activist Cleo Stuckrath, the Women’s League responded to Prop 13-driven cuts in the Senior Center’s Health and Wellness program with one of Santa Clara’s most enduring – and entertaining – community fundraisers: Showtime.

The show concerns the malevolent machinations of Hector Hatefulheart (Rev. Bill Schultz) to cheat the honest-but-poor Pennington family out of the family homestead. Before Hatefulheart succeeds in his iniquitous intentions – which include the lily-white hand of Penelope Pennington (Laura Velasco) – handsome heartthrob Christopher Crabtree (Andrew Hyatt) saves the day, and all ends right and romantic.

The second half of the program features popular variety acts, including the return of Santa Clara’s favorite magician, Phil Ackerly, the Town Square Harmonizers’ barbershop harmonies, and Mission City Opera Music’s Director, Michael Taylor -whose audience-pleasing baritone never fails to bring down the house. The icing on this entertainment cake is a silent auction and raffle, which includes two $500 cash prizes.

Carolyn Schuk can be reached at cschuk@earthlink.net. In the interest of full disclosure: she will be appearing in Showtime.