On more than one occasion, Sunnyvale Department of Public Safety was called to the Peterson Middle School campus regarding “an angry parent,” Christopher Stampolis, a Santa Clara Unified School District Trustee.

Stampolis was allegedly uncooperative when Harris tried to speak with him about repeatedly picking up his child late and disregarding school procedure for campus visitors, according to the police incident reports. Students must be picked up within 20 minutes of school dismissal, at 2:35 p.m., unless they’re participating in after school activities, per the Peterson parent handbook.

According to Sunnyvale Public Safety Officer Todd Fekete’s report, “While I was at the school, Mr. Stampolis, a parent and school board member, came to pick up his son.” The Sept. 2 report was time-stamped 15:49 (3:49 p.m.)

“Last week he was told by the Principal and myself that he was no longer allowed on campus past the office when picking up his [child] â€¦ Myself and Principal Harris observed him start to walk out of the office onto campus and asked him to stopâ€¦When Principal Harris tried to address the situation with him, all he would say was to put it in writing.”

The next day, an officer was waiting when Stampolis allegedly arrived at close to 4 p.m. “Principal Harris tried to speak with him about the time he was picking up his child after school,” wrote Fekete. “She had to walk with him yesterday to speak with him because he walked right onto campus, into the quad area, without going to the office to check in.

“I met with Stampolis this afternoon,” the report continues. “He decided he did not want to listen and proceeded to the office. In the office I explained to him that he needed to pick up his [child] on time â€¦ [and] if he entered the campus again without signing in, or went on the campus without an escort, he could and would be cited.”

“At our meeting with you both on September 3, 2014, my husband and I clearly explained our growing level of concern regarding Board Member Christopher Stampolis’ uncivil and aggressive behavior towards me â€¦ Both my husband and I expressed a genuine concern for my personal safety at Peterson middle School, and the unsafe work environment that Board Member Stampolis has created for myself and the Peterson staff.”

The letter, entered as evidence in the Santa Clara County Court case, alleges that Stampolis “walked up to me in a threatening manner invading my personal space three times, which has been caught on school surveillance video. The video shows his uncivil actions of pointing aggressively at me, yelling at me, and making violent, gun-like hand and fist gestures at me.” Harris added “I was scared and shaken by his aggressive and unprofessional behavior and find it to be unacceptable.”

Harris’ letter later states Fekete “had to step in between us for my safety,” when Stampolis “again made a physical action toward my personal space.”

According to the letter, Harris filed four “Disruptions” reports on Stampolis.

“Board Member Christopher Stampolis has an intimidating and harassing presence at Peterson Middle School. Teachers and staff are not comfortable around him. His history of repetitive and harassing emails in which he questions his son’s teachers using threatening behavior and his defiance to school policies as well as with the police are all examples of his ongoing harassment,” adds Harris’ letter.

Harris’ letter requested a formal investigation by SCUSD into her complaints against Stampolis. Harris also requested disciplinary action against Stampolis and a formal/written apology to her and her staff. Harris also requested that Stampolis’ son be returned to his home school, as Stampolis has “neglected his open Enrollment responsibilities by not providing reliable and consistent transportation to and from school for his son, as it complies with our school regulations.” 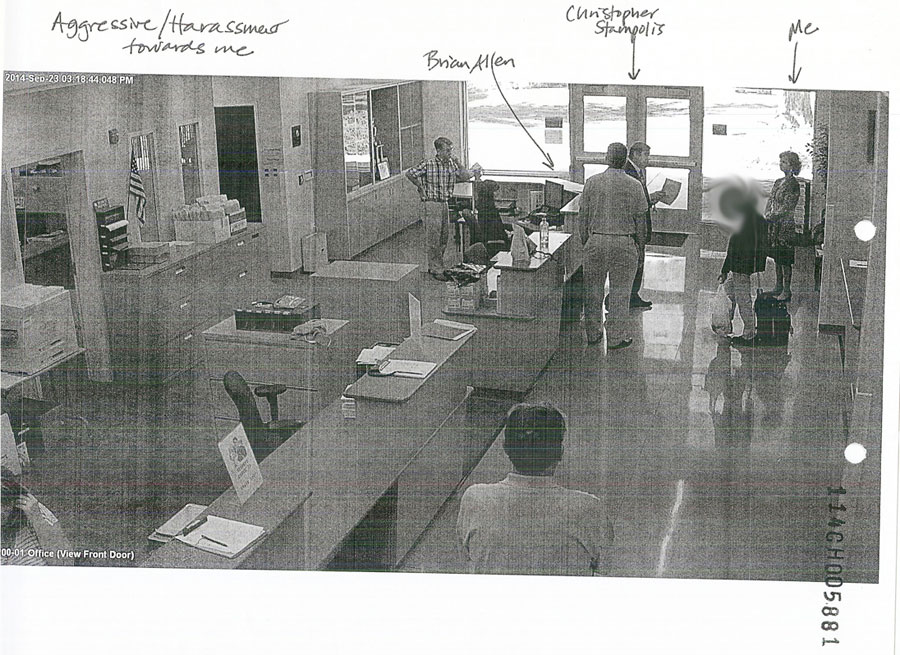 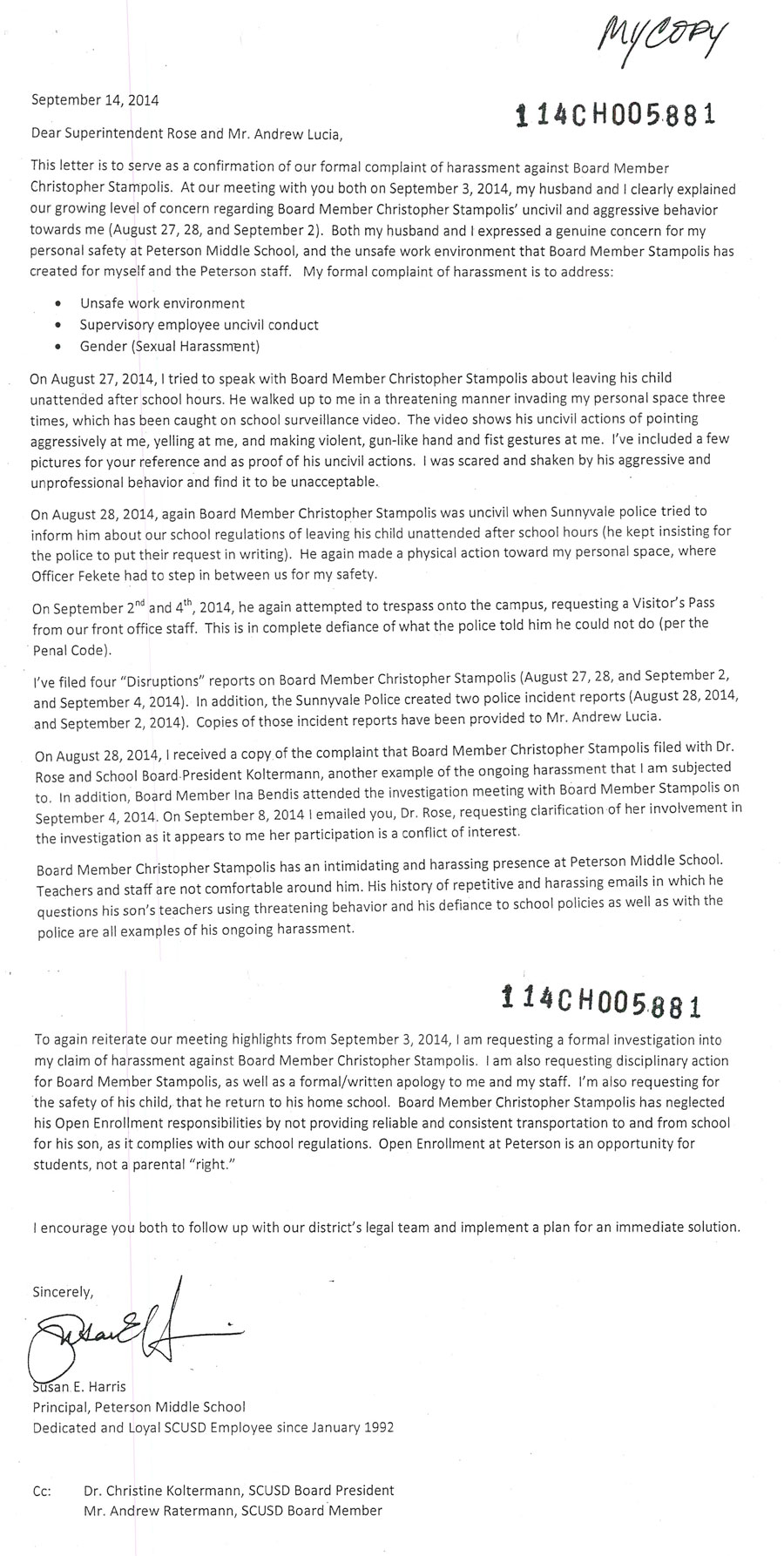 Years of Work Pay Off for New Northside Schools