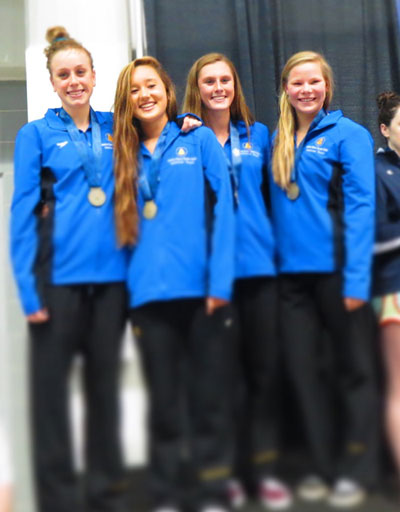 Competing among 900 of the best swimmers from throughout the U.S., Santa Clara Swim Club recently sent several members to the 2012 Speedo Winter Junior National Championships in Knoxville, TN.

Those qualified for the prestigious swim meet are among the top two percent of all USA Swimming athletes, with the meet serving as the highest-level competition for swimmers 18-years-old and under.

The meet took place at the Allan Jones Intercollegiate Aquatic Center at the University of Tennessee.

Bruins Make Most of Opportunities, Strike Past Chargers

Sports
Author Andrew BenschPosted on August 14, 2019
After winning the school’s first ever CIF State Championship in 2018, the Wilcox Chargers football team isn’t talking about repeating or defending their title....

Sports
Author Andrew BenschPosted on March 7, 2019
With his extensive experience allowing him to show pitchers the subtle differences between the four-seam and two-seam fastballs, one could say Bruins’ Head Baseball...

Sports
Author Derek TaharaPosted on August 27, 2018
The Sunnyvale Fremont Firebirds began their 2018 season campaign with a 27-24 road loss to the Los Altos Eagles on Saturday afternoon. The Firebirds...
SPONSORED