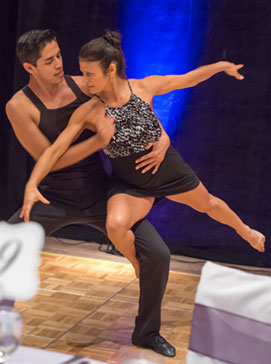 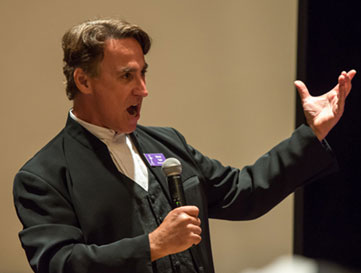 Over the past year the Santa Clara Performing Arts Foundation has worked behind the scenes to promote Santa Clara’s talented and diverse performing arts companies, and to help those companies build secure futures in the city.

Last Saturday, the SCPAF took the spotlight to celebrate its first birthday. An elegant evening of dinner entertainment for 150 people, “Celebrate Santa Clara Arts 2020,” was hosted and sponsored by the Hilton Santa Clara. The event raised about $6,000 for the all-volunteer group’s programs.

The evening featured a sumptuous menu prepared by La Fontana Chef Luis Dinis and a showcase of audience-pleasing live entertainment. In addition, the multi-talented young women of the Miss Santa Clara Auxiliary circulated in the crowd selling raffle tickets. 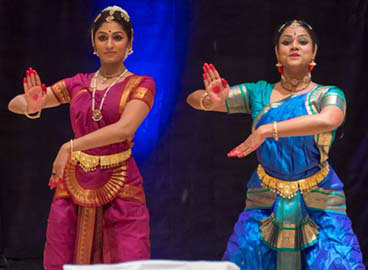 Miss Santa Clara Molly Crawford and Miss Santa Clara Outstanding Teen Krista Buzolich gave the audience a taste of the high-energy dance routines that catapulted the pair into their current offices. Baritone Michael Taylor and the Festival Theatre Ensemble reprised their winning performances from last year’s SCPAF event. Taylor’s performance of the ever-popular Toreador Song had the audience singing along, while FTE let the audience decide the ending of their Elizabethan swordfight.

The SCPAF chose an innovative way to share its vision for the future of the performing arts in Santa Clara. “Celebrate Santa Clara Arts 2020’s” program was a newspaper – designed and produced by SCPAF VP Melissa McKenzie – that showcased each company’s current work and their aspirations for the future. Event sponsors joined in the imagineering, with Griffin Structures introducing a space age Tesla Hyperloop Campus, Rudolph & Sletten envisioning Santa Clara’s first net-zero energy Performing Arts Center, and Related California picturing a panorama of a buzzing downtown landscape. 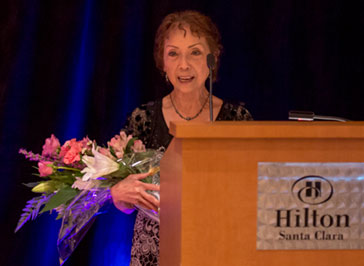 In 2012, the SCPAF launched its organization with “An Evening Under the Fireworks with the San Francisco 49ers,” sponsored by the 49ers at their headquarters. “That initial sponsorship was absolutely critical to our being here today, and we wanted to honor the 49ers organization in a special way” said SCPAF Founder and President Carolyn Schuk.

A lively keynote from Santa Clara Mayor Jamie Matthews highlighted the important role of the arts in a progressive community like Santa Clara, and expressed his hopes for the future. 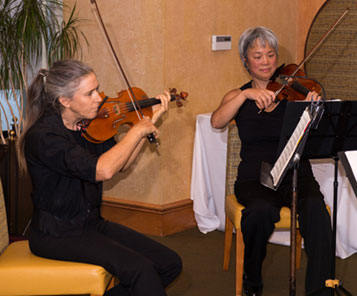 The SCPAF’s programs include arts marketing services, educational and networking events, a growing database of information about Santa Clara’s performing venues, collaborations with other non-profits, and support for programs that encourage youth arts participation. For information, visit www.santaclaraarts.org.

Art In Our City: The Triton Museum's Morgan Horse Statue

Arts & Entertainment
Author Adam PhanPosted on July 18, 2018
Wolfgang Amadeus Mozart is recognized as one of the world’s most esteemed musical geniuses — and there’s no better way to honor him than...

Arts & Entertainment
Author Melissa McKenziePosted on May 3, 2017
A husband and wife collaboration has led to the newest piece in the Triton Museum of Art’s sculpture garden. Installed on April 1, Cooper’s...

Arts & Entertainment
Author Cynthia ChengPosted on March 31, 2017
A visual sip of “Cosmic Soup” conjures up two large circles and flickering lights on a screen that fills up an entire wall at...
SPONSORED