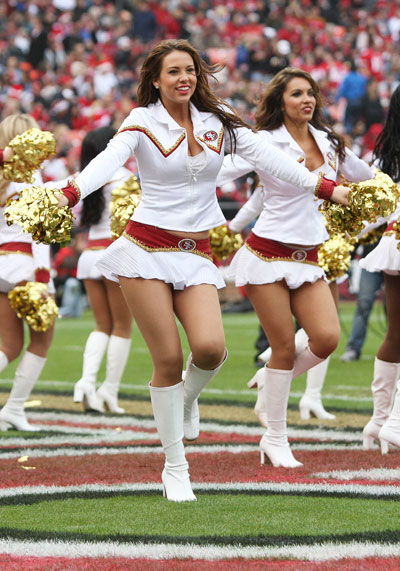 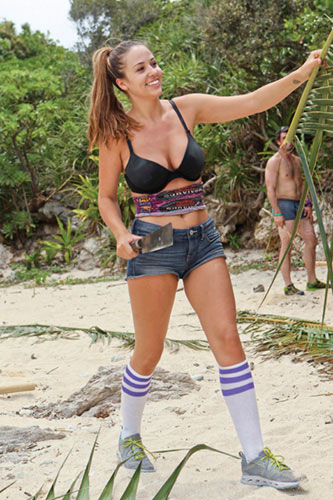 McLeod, who will turn 22 before the show airs on CBS Feb. 26, says she was spotted in San Francisco by former Survivor cast member Colton Cumbie and approached about joining the Survivor squad. From there, McLeod participated in a week-long interview process in Los Angeles that consisted of “nothing too out of the ordinary” before finding out in the summer of 2013 that she would be on the show.

And, while there are definitely cast members who were avid Survivor fans – knowing every tip and trick in the book – before going on the show, McLeod says she hadn’t really paid much attention to Survivor. “I had watched it a little bit but it wasn’t until I started the process that I watched all of the episodes and developed strategies.” McLeod claims her strategy going in was simple: to align with the middle of the road cast members – those who were not targets – and hope to skate through until the end, even her online cast bio says she believes she is most like former contestants Parvati Shallow “because she is beautiful and manipulative just like me,” and Natalie Tenerelli “because she was a young contestant and also a dancer.” 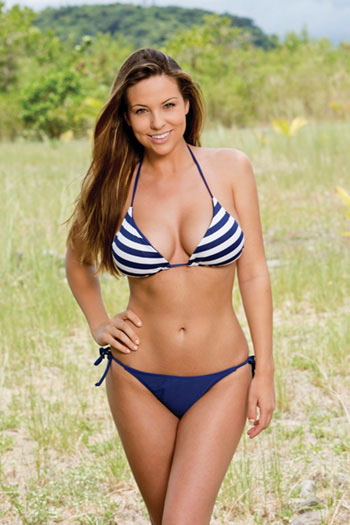 McLeod, careful not to give anything away, says that viewers will have to tune in and watch to see if she was able to maintain her game plan throughout the season – and to see if she’s able to make it through to the final.

When discussing the challenges and physical aspects of the competition McLeod, who describes herself as a girly girl, says it was tough. “I have to say, I didn’t expect it to be as hard is it was … I had to prepare myself.”

She does, however, feel her time as a Gold Rush cheerleader helped prepare her for the competition because she was young (McLeod joined the squad while she was a senior at Archbishop Mitty High School) and had to prove herself, as well as figure out how to deal with conflicting personalities and “bite your tongue when someone is pissing you off.”

When it comes to going through the grueling process again, McLeod says she would suffer through the hard parts because the experience was such an adventure. “Yeah,” she says, “I would definitely do it again … It was a good experience and I think it changed me for the better. It made me appreciate everything I have.” Of course, she also says that she would not want to return to the Philippines. “I hadn’t been to that part of the world [before going on the show]. It was hot and humid and there were bugs. [The location] wasn’t my favorite part [of the experience].”

As part of the “beauty” tribe, McLeod will battle the “brawn” and “brains” of Survivor in an attempt to take home the ultimate prize as Survivor champion. Survivor: Cagayan premieres Wed., Feb. 26 at 8 p.m. on CBS. Visit www.cbs.com/shows/survivor to learn more about this season and McLeod.