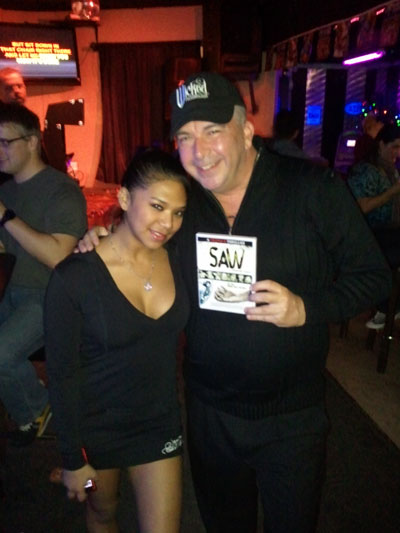 Visiting family and friends for the holidays, Bartholet picked Woodhams Lounge on Stevens Creek to make a promotional appearance “because it’s a friendly place, good crowd” and they both wanted to be with their fans.

Bartholet and Reyes host a popular weekly radio program, Inside the Industry, live on Wednesday nights, available at www.latalkradio.com 8 to 9 p.m. PST.

Bartholet was a costar on the Cinemax series Co Ed Confidential Season 4, and has appeared on the long running soap opera General Hospital, and series like Designing Women. He received a Lifetime Achievement Award in October from Nightmoves Magazine.

Bartholet owns Galaxy Publicity and Inside the Industry Productions.