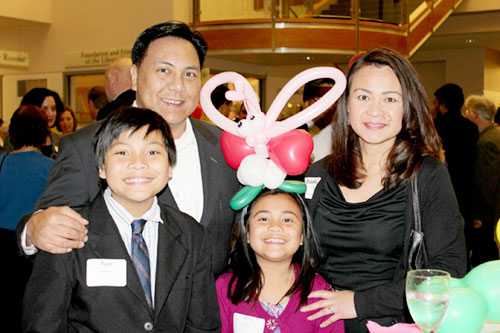 “Planning this event, we selected three library heroes we wanted to honor,” says Tracy Wingrove, associate executive director of the Santa Clara City Library Foundation and Friends. “They are being honored for their long-time advocacy and support of the library. They have been instrumental in the planning and execution of the Northside Branch Library. [Regarding the Northside Library’s status], my understanding is that the city is in negotiations with the state’s Department of Finance to come to a settlement.”

“Growing up, my brother and I were latchkey kids; we spent hours in the library afterschool,” Roger Ramirez says. “I listened to my first CD at the library. The library gave me access to technology that was not accessible to me then.”

Today, Ramirez is a Web producer. Inspired by his wife to advocate for a new library, Ramirez knocked on residents’ doors to collect signatures for a petition encouraging the city council to move forward with its pre-approved plans to build the library. He conducted research to gather evidence supporting why a new library was needed. During this process, Ramirez also demonstrated to his children about the work a grassroots movement entails. 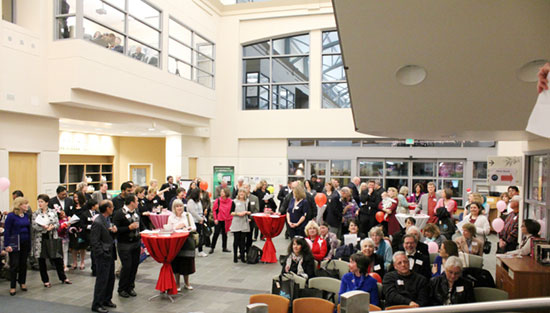 “Growing up, I’ve always been a patron of the library,” says Estela Ramirez, a co-founder of Friends of the Northside Library. “I’m a manager in corporate communications. My knowledge of communications comes from reading a lot and being at the library a lot.”

“The reason why I love libraries is because of what it offers to this community, especially now during budget cuts,” says Watanabe, a member of both the library board of trustees and library foundation. “Libraries put back a lot of programming and services that schools have lost as a result of budget cuts.”

Not only has Watanabe donated a large number of books and materials to provide for the library, she continuously advocates for the Northside Library and promotes the library in the community.

Attended by about 100 guests, this event raised almost $20,000 for the Santa Clara City Library Foundation and Friends. During the live auction, guests bid on items, including a VIP tour and lunch at the Harris-Lass house and a tasting dinner for 10 offered by Mission College’s culinary program. Additional contributions were offered when guests raised their paddles to honor donation requests.