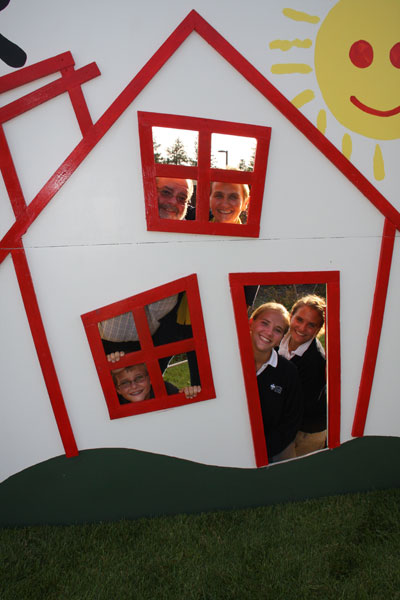 JW House is the last dream come true of Jan Willem Knapen, the late teenager—a victim of cancer—whose vision it was to build a home where families from out of town could stay close by their hospitalized children at an affordable price. Now there is a new dream.

Anne Marie Knapen-Asnong, JW’s mom, announced the bold, new dream at the JW House 3rd anniversary open house and celebration September 23, the day after what would have been her son’s 23rd birthday. It is the dream of expansion.

“In 2010 we served 205 families overnight and turned away 170 families, and I don’t think we even scratched the surface of the need out there,” says Jill Mitsch, JW House executive director. “We stand by our vision that families shouldn’t be separated when they need each other the most.”

Hot dinners, most donated by local restaurants, are served seven days a week. More than 21,000 dinners have been served to 1,200 families since the house opened in 2008.

The $30 overnight fee at the nonprofit home is waived for one out of every two families. Because of the hospital’s proximity, the house serves mainly Kaiser families, all referred by hospital social workers.

Former JW House guests Chris and Michelle Borges drove to the open house from Modesto with their daughter Abigail, born with life-threatening birth defects on May 17, 2010. Abby was transferred immediately from Modesto to Kaiser Hospital in Santa Clara.

“JW House became our refuge,” says Michelle. “The tiny gestures of staff and volunteers are most remembered,” she says, recalling a snack bag a volunteer gave her to take to the hospital when she didn’t have time for breakfast.

“We get so many things in life. Volunteering here is a way to give back. Meeting people and talking with them gives me personal satisfaction,” says Monday morning volunteer Jerry Gosland.

“We’re the same age that JW was when diagnosed. When other kids our age see what we can do to help the community, they become more encouraged to do the same,” says Elisabeth. “Being on the Board helps me keep his spirit alive in my life.”

“We were almost in expansion mode as soon as JW House was done. We could easily fill an additional eight more rooms,” says Andy Kryder, JW House Board of Directors president. In the short term, JW House could partner with local hotels to meet the need for more rooms. The long term is a more nebulous vision.

“If and when we expand, it would take the community to rally behind us once again,” says Mitsch.

The mission of JW House is to bring hope, hospitality, and healing to all who enter. Its present success would thrill JW Knapen. Expansion would be beyond his wildest dream. Information: www.jwhouse.org; (408) 246-2224.