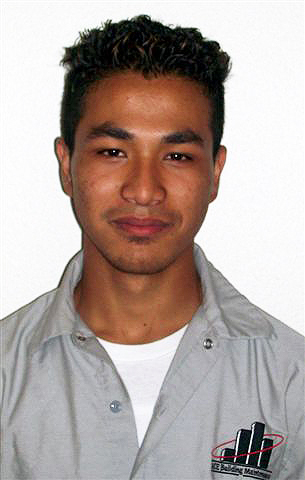 On February 27, 2011, at 7:25 AM, Santa Clara Fire Fighters and Police Officers responded the 2200 block of Monroe Street after a passerby reported an unconscious person. Responding personnel determined the adult male found at the scene, 31-year-old Alphonso Barcenas Castillo was deceased and that he appeared to be the victim of homicide.

Since that time, the non-stop investigation has determined that the victim died of multiple stab wounds and that the incident was not gang related. The suspect has been identified as Roberto Perez Armenta, also known as Daniel Armenta. A no bail allowed Ramey warrant for homicide has been issued for Armenta. Armenta has ties to the Cadillac Drive area of San Jose, but his location is unknown.

Armenta is 22-years-old and is described as a 5-foot-7 Hispanic weighing 150 pounds.

The public is asked to call the Police if they have any information as to Armenta’s whereabouts, or to call 911 if Armenta is spotted. The public is also reminded not to approach Armenta, as he should be considered dangerous.

Details as to the specifics of the homicide, including possible motive, are being withheld at this time to protect the still ongoing investigation.

Anyone with information surrounding this investigation is encouraged to call Detective Sergeant Kurt Clarke at 408-615-4828.

First Homicide of 2011 in Santa Clara