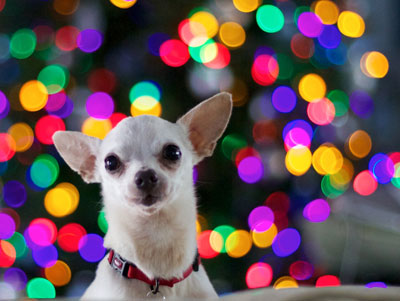 It was a happy ending for Sesame the cat. Sesame, a 10-year-old smoky tabby and a resident at Humane Society Silicon Valley for the past year and a half, found her forever home during HSSV’s Home for the Holidays adoption special.

The special, which offered $10 adoptions between December 9 and 31, was part of the six-shelter WeCARE project and designed to find homes for 1,000 animals during the month of December.

“Getting more than 1,000 pets adopted in less than 30 days is a true testament to the partnership we have with our five other area shelters,” said Carol Novello, president of HSSV. “We are all dedicated to saving lives and doing whatever it takes to rehabilitate animals so that they can be adopted.”

Sesame went home with a woman who didn’t mind her desire for little attention and her sassy personality. She has been adjusting well since her adoption on December 28. Three days later, Summer, a 5-year-old Chihuahua mix who had been in foster care since July, went home with her new family. But, Summer’s friend, Evan, an 8-year-old Chihuahua, is still available. As is Rocket, a year old American Pit Bull mix. Both Evan and Rocket are part of HSSV’s Homeward Bound program and their adoption fees have been sponsored. For more information on the animals in HSSV’s care, visit www.hssv.org or visit www.wecareproject.org to learn about the WeCARE partnership.