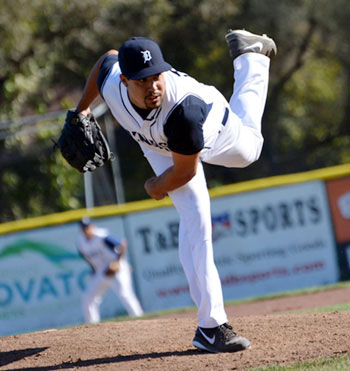 The smell of freshly cut grass, roar of the crowd, and sound of a ball hitting a bat are what makes baseball games memorable. But, in order to get that experience, Santa Clarans have to go up to San Francisco, over to Oakland or into a pretty questionable area of San Jose. However, the Santa Clara Dynasty is trying to change that.

For years, the Dynasty have been trying to bring the sights and sounds of baseball to Santa Clara. The team, managed by Greg Fanara, a graduate of Santa Clara’s North Valley Baptist High School and long-time resident of the city, is more than “just” a league of Sunday afternoon ball players, it’s a force to be reckoned with.

“What started as a way to play with friends and family has turned into one of the most recognized amateur teams in the entire San Francisco Bay Area,” says Fanara. “The Dynasty has been a destination for some of the most talented former college and professional baseball players in the area to continue their playing careers.” 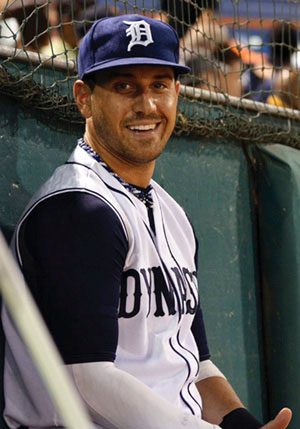 In the past seven years, the Dyansty have won four division crowns, taken four trips to the Championship Series and won two league titles. They’re also the winningest team in the Silicon Valley Adult Baseball League (SVABL) despite going through some major changes.

After losing Coach Rick Hatzenbuhler to a position within the league, and catcher Scott Soliday, who has since retried, but will return this year as a team consultant and assistant coach, the Dynasty have continued to be successful. Last season, they set an offensive league record with 64 home runs and became the first team in SVABL history to have three players with 10 or more home runs in a season. 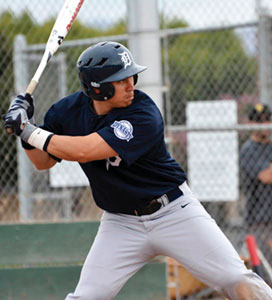 When the Dynasty open the season on Mar 2, all-time pitching leader Kyle Hatzenbuhler will return after taking a season off to continue his impressive 704 strikeouts and 52-22 overall record. Last season’s ace and newcomer, Mike Paresa (10-3, 3.77 ERA) will also be back for another season on the mound.

Additionally, the heart and soul of the Dynasty’s offense is returning. Santa Clara University graduate Gabe Alcantar (10 HR, 27 RBI), Mike Hoefs (24 HR, 58 RBI) and Santa Clara native Rich McDowell (13 HR, 48 RBI) will all be on the field to catapult the team to another winning season.

What’s even more impressive is that the Dynasty have a chance to go pro. Last season the team battled the San Rafael Pacifics of the Pacific Association of Professional Baseball Clubs, an independent professional baseball league, in an exhibition game – one where the Dynasty were expected to get crushed – and only lost by a single run. The league, completely impressed by the Dynasty’s showing, invited the team to become a member.

The Dynasty, however, now face a problem, as the team has no home field. Until one is secured, Fanara hopes to continue talks and keep the dialogue open. Ideally, Fanara would like the team to play in Santa Clara. “This is my home,” he says. “I would love for nothing more than to play in my home city.”

Only time will tell if Santa Clara can provide a permanent home for the soon-to-be pro team. Until then, the Dynasty have a huge game scheduled against the San Francisco Isotopes on Sun., Mar. 15 at Baylands Ballpark in Palo Alto. Tickets are only $4 and can be purchased through www.scdynasty.com or www.facebook.com/scdynastybaseball.