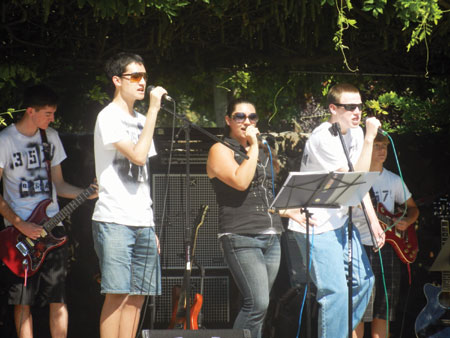 Boy Scout band The 357’s came to the Central Park Pavilion stage on August 12. Playing mostly pop songs from the last few decades like Jack’s Mannequin’s “Dark Blue,” Neon Trees’ “Animals,” and Weezer’s “Beverly Hills,” The 357’s performed to a large and supportive crowd. In addition to songs from the 90s and 2000s, The 357’s played classic pop tunes like The Beach Boy’s “Surfing USA,” and The Beatles’ “I Wanna Hold Your Hand.” The last installment of Concerts in the Park is this Sunday, August 19, at 2:30 p.m. when Daze on the Green, a classic and 80s rock band, will be performing. For additional information click here.

Inside the Eye of an Artist