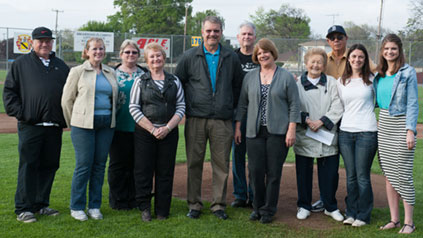 In 1969, Beatty helped lead the Briarwood Little League All-Stars to the U.S. National Championship, and then to the final round of the Little League World Series against Taichung Little League from Taiwan.  (The manager of the 1969 Championship All-Star team was Bob Northern, to whom the major field is dedicated.)

During this past off-season, BELL completely rebuilt the league’s minor field with the help of a dedicated group of parents, community donors and volunteers.  The result is a beautiful new facility for younger players and a great opportunity to recognize and celebrate an important figure in the league’s rich history.

Additional background on Beatty and his life can be found at http://memorialwebsites.legacy.com/PapaBeatty/homepage.aspx