Sunnyvale’s Department of Public Safety (DPS) is praising a “detail oriented” service tech that spotted a credit card skimmer at a gas pump. The skimmer was found on June 25 inside of a pump at the Sunnyvale Car Wash/76 Gas Station located at 905 East El Camino Real.

According to DPS, the skimmer was invisible from the outside to both people who use the pump and gas station staff.

“[Skimmers are] often discovered during maintenance, like our recent case,” said DPS Captain Jim Choi. “Suspect(s) will open the machines and place the skimmers and close it so it looks like nothing has been altered.” 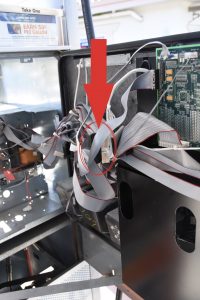 Choi says as of now, the department is unsure of how long the device has been in place. It could have been days or even weeks. Officers searched the other pumps at the gas station, but only found this one device.

Investigators say in most instances, thieves will collect information through the device and then come back later to download it. It is unknown how many people may have been victimized by this skimming device.

Sunnyvale DPS says if you think you have been a victim of this skimming attempt, contact your credit card company and give the Sunnyvale DPS case report number 19-5322. There is no need to contact DPS directly.

Choi says there are a lot of resources online to help protect you from skimming devices, but the main tips are:

On July 6, the DPS Twitter account tweeted out a link to FTC’s website which had a list of ways to identify if a pump has been tampered with. Among the things to look out for:

The FTC says whether or not you think you have been a victim of credit card skimming, it is important that you monitor your credit card and bank accounts regularly to keep an eye out for any irregular activity.

Sunnyvale DPS has not arrested any suspects in this latest skimming incident.