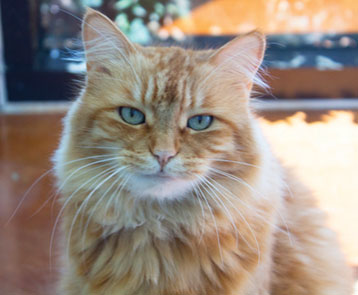 In one of the largest free pet adoption events in history, Maddie’s Fund, a non-profit dedicated to achieving a no-kill nation, held its annual Maddie’s Pet Adoption Days at 200 adoption sites in five states (New York, Nevada, Wisconsin, Florida, and California) on June 1and 2. Silicon Valley Animal Control Authority participated in the event, which gave $500 for each healthy pet adoption, $1,000 for each dog or cat over the age of seven who was adopted and $2,000 for each adopted animal over the age of seven who had been treated for one or more medical conditions. Over the course of the two-day adoptathon, SVACA found homes for 83 animals including long-term residents Sport (a Chihuahua) and Sia (a domestic shorthair cat) in addition to many of the kittens in the shelter’s care.

Community
Author Bob GoldmanPosted on February 27, 2013
Well, I guess we have to face facts — this Internet thing is going to be with us for a while. Personally, I thought...

Community
Author Cynthia ChengPosted on April 15, 2015
On the morning of April 2, the sun shone bright and 1,000 colorful eggs were spread across the neon green grass outside the Northside...

Business Community
Author Erika TownePosted on September 12, 2019
It opened quietly and with very little fanfare, but nestled in a small office complex off Mary Avenue in Sunnyvale is The Meadows Outpatient...
SPONSORED