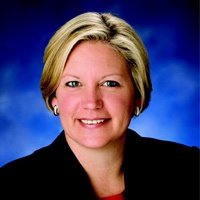 As Hyatt Santa Clara GM, Dania Duke both lives and works in Santa Clara. She’s been with Hyatt Hotels and Resorts for more than 22 years. She began her career with the company as a management trainee and has been affiliated with Hyatt properties around the world, including in the Hawaiian Islands, Grand Cayman and British West Indies.

“I’m thrilled,” she says. “It’s quite an honor [to be part of] this distinctive group of women who are positively affecting change and serve as role models. It’s an honor for me to be named as part of that group.

“Hospitality was a new sector added to the awards this year and we see Santa Clara prospering,” she continues. “With the development of the stadium and development in the pipeline, we will only continue to see hospitality grow and become an integral part of this community and grow hospitality careers and job opportunities.”

As Executive Director of the San Francisco 49ers Foundation, Joanne Pasternak heads an organization that has donated more than $20 million to support nonprofit programs for preventing violence and youth leadership. Pasternack has stayed busy in the last few years by adding the role of Director of Community Relations for the 49ers to her already full agenda.

Santa Clara resident Mary Beth Riley leads the oldest private secondary school for girls in California. She joined Notre Dame in 1985 as a French teacher. Riley also served as the director of admissions from 1998 through 2006, where she established a unique program that helped increase enrollment. She has a teaching credential from Santa Clara University and served on the Catholic School Advisory Board at the SCU Dept. of Education, Counseling and Psychology.

Community
Author David AlexanderPosted on May 11, 2016
On a sunny afternoon at the Santa Clara Elks Lodge, strange smells wafted from steaming pots that bubbled like those in an alchemist’s lab,...

Community
Author Larry SacksPosted on December 7, 2011
Traditions are commonly thought of as an idea or a concept handed down from one generation to the next. Santa Clara has some fine...

Community
Author Cynthia ChengPosted on April 4, 2012
On April 1, sunshine yellow and royal blue balloons decorated the tables at the Santa Clara Senior Center. People lining up at the two...
SPONSORED