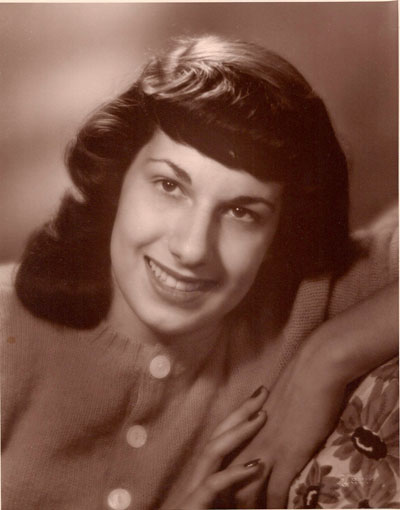 The next time you enjoy a thrill ride or an entertaining show at Great America, take a moment to thank the late Sue Lasher, who, during her time on the Santa Clara City Council was a passionate and articulate voice for the decision that saved the theme park from a developer’s bulldozer.

Few individuals have had as enduring an impact on the City of Santa Clara as Lasher. Her service on the City Council from 1984 through 1992 was only one facet of Lasher’s many community contributions.

Lasher’s energy was legendary. “She was really full of life,” remembers Mineta Transportation Institute Executive Director Rod Diridon Sr. “She was always the one to say, Let’s get out there and do it.”

Lasher’s sister Thelma Sorich echoes that. “When Sue cared about something, she got it done. Even when she became frail, she kept her management presence.”

She was a leader in advocating curbside recycling for the City. She freely volunteered her time during the 1981 medfly crisis to keep the city clear of fruit debris. She was a charter member of the Santa Clara Women’s League and, before her election to City Council, she served on the city’s Civil Service Commission.

Born in Split, Yugoslavia, Lasher grew up in Chicago, where her father worked as a monument maker. In 1948 her father’s health prompted a family move to San Jose.

Lasher graduated from San Jose’s Lincoln High School and attended Santa Ana College. She went on to work in the real estate business in San Francisco, where she met and married San Francisco police officer Henry Lasher. Lasher’s only child, a son who now lives in Southern California, was born in San Francisco.

“She was such a steady person,” remembers Diridon. “When you gave her a responsisbility she took care of it.” With her meticulous attention to detail and impeccable honesty, Lasher was soon promoted to campaign treasurer.

But it was not only because of her skill as a manager that Lasher’s association with Diridon endured over the years.

“She was what I call intellectually honest,” Diridon explains. “She would look at a situation and honestly tell you what she thought. If she didn’t agree with you, she told you. If she thought she had a better idea, she told you – and oftentimes her idea was better. But once we made a decision, she got in there and made it happen. She was a team player.”

“We weren’t always on the same side of issues. She always argued her side of the issues quite well. But after the vote was taken, win or lose, she never took any of it personally – she was happy to sit down with you for a friendly cup of coffee.”

“She loved serving the city,” says former Santa Clara mayor Gary Gillmor. “She put her heart and soul in it. She was always there for every good cause. I always admired her tenacity and her generosity.”

During her time on the City Council, Lasher was a firm supporter of Santa Clara’s 1984 decision to buy the Great America theme park to prevent the park from being sold to a real estate developer.

“It was a difficult decision for some,” she recalled in a 2006 interview with the Weekly. “I was a supporter from day one.” One of the benefits the park provided, she said, was a large and reliable source of summer jobs for young people.

As civic-minded as she was, Lasher made time to pursue personal interests. She was an artist, ran a mail-order antiques business from her home, and liked to travel – one summer she made a trip to Yugoslavia to look up her parents’ families.

And, like all of us, Lasher had her personal quirks. “She was not a morning person,” remembers Sorich. “She wouldn’t go to meetings in the morning – and she let everybody know that.”

Lasher’s family hopes to have a service celebrating Lasher and her many contributions to the community in the coming months.

Life Announcements
Author Carolyn SchukPosted on July 29, 2015
A young Henry VIII penned the lines, “Pastime with good company / I love and shall until I die.” Whether Donna Burdick approved of...

Life Announcements Opinion
Author Rafael R. JimenezPosted on February 28, 2018
“I shall but love you better after death.” By Browning. Is that possible? From experience, there is no debate. But how can it be...