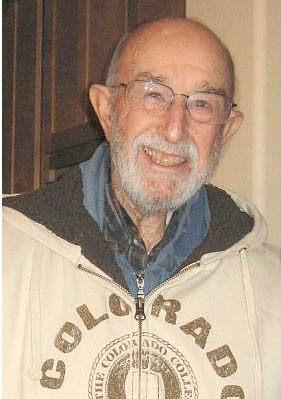 Sal was married to his wife Carol for almost 58 years. He leaves behind his children Maryrose Hutchinson (Will), Robert Burriesci (Holly), Annmarie Eyers (Cecil), and Susan “Lily” Lauer (John).

He was grandfather to Kelli & Jonathan Lamb, Kyle & Mark Burriesci, and Jacob, Joshua, and Ariel Lauer.

Sal is survived by his sister Pat Diani and his brother Frank Burriesci.

Sal graduated from San Jose State University (1960) with a Masters in Education and a minor in Physical Education. Athletics were Sal’s passion. He loved teaching, coaching, playing, and umpiring/refereeing all kinds of sports.

Just after his marriage to Carol, Sal was drafted and spent two years in the Military from 1954-56.

Sal was a well known teacher & coach for 36 years working for many different schools throughout the Santa Clara Unified School District. He impacted the lives of thousands of his students with his love of sports and led many of his teams to victorious seasons throughout his career.

After retirement, Sal and his wife Carol followed their youngest daughter’s family, moving first to Chico CA, then to Olympia WA, and finally to Colorado Springs CO. Sal always missed the Bay Area and loved coming back to visit and seeing how things had changed.

A Memorial Service & Reception will be held at 1:00 pm on March 6th 2012, in Colorado Springs CO, at the Woodman Valley Chapel.. A second Memorial for local family and friends is being planned for this summer.

The family requests that in lieu of flowers, donations to The American Heart Association be considered.