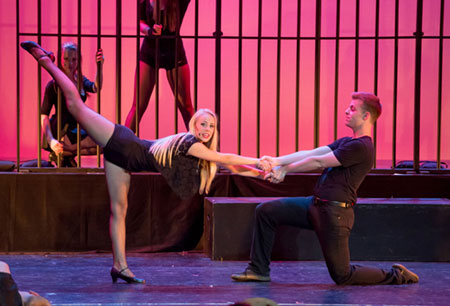 Starting Arts has a history of, and reputation for, outstanding shows. Watching any of their performances, it’s easy to forget that the performers on stage are students – some as young as the fourth grade and the oldest in high school.

Over the May 30 weekend, Starting Arts bolstered the company’s reputation for excellence in a production that gave every member of the company a chance to shine: the aptly named, Showcase. Members of the Dream Team and Dream Team II, performed together in the 53 selections from film, stage and television that delighted the audience.

The evening began with highly recognizable numbers and sketches, including a rendition of Who’s On First” (Bud Abbott and Lou Costello) to the “Boogie Woogie Bugle Boy” (Buck Privates) and “Moon River” (Breakfast at Tiffany’s). From there, the show took off and kept building with scenes and music from Ferris Bueller’s Day Off (“Twist and Shout”) The Prince of Egypt (“Through Heaven’s Eyes”), the Breakfast Club and Sixteen Candles.

Mel Brooks’ offbeat parody movies also inspired parts of the evening, and for Brooks fans it was enjoyable to see “On the Ritz” (Young Frankenstein) and “Men in Tights” (Robin Hood: Men in Tights). 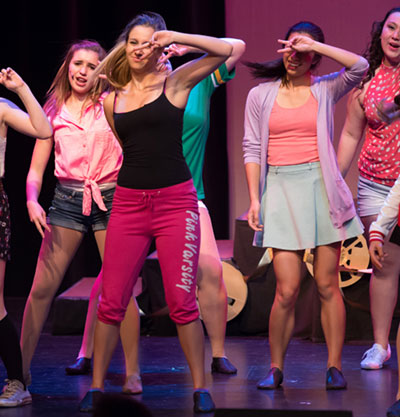 The show also paid homage to Broadway and television with “Thank You for the Music” (Mama Mia), “Phantom Duet” (Phantom of the Opera), “Blame Canada” (South Park: Bigger, Longer and Uncut), and even a skit based on a popular Telenovela.

The highlights of the show are many, and the only criticism that can be made is it was almost too much of a good thing. But with so many talented actors, it would be a difficult and daunting task to decide which acts to cut.

Starting Arts will be back in July at the Santa Clara High School Performing Arts Center with Once Upon A Mattress. For information, visit www.startingarts.com or call 408-492-9022.

Santa Clara Players: Spreading It Around

Concerts in the Park Kickoff with Family Fun Night

Arts & Entertainment
Author Erasmo GuerraPosted on March 17, 2017
Now in its third year, the nonprofit Friends of Children with Special Needs (FCSN) will present its annual Special Needs Talent Showcase at the...

Arts & Entertainment Schools
Author Melissa McKenziePosted on January 8, 2014
Starting Arts stormed into St. Justin School and worked with the students to put on a production of The Wiz at the Santa Clara...