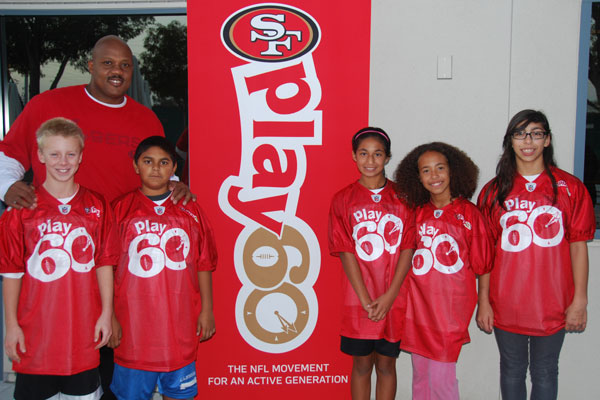 Nominated by administrators from their schools for showing their commitment to being active for 60 minutes a day, several Santa Clara children recently were honored by the 49ers for their dedication to the NFL’s Play 60 program.

They were presented official 49ers Play 60 jerseys and a surprise gift at the special camp.

Winners were announced on the field during a pre-game ceremony at Candlestick Park before the 49ers-Rams game on December 4.