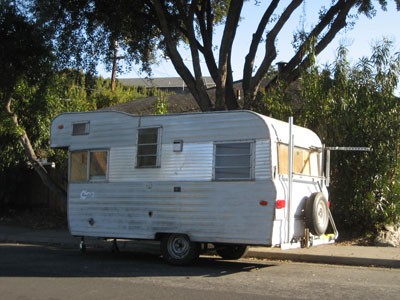 “It was the best of times, it was the worst of times…,” read Teresa O’Neill, quoting Charles Dickens’ Tale of Two Cities and contrasting those in Santa Clara County with high-paying jobs to those holding minimum-wage service jobs.

“The question to pose tonight is ‘Can we find a more effective way to provide services in Santa Clara and how would we fund it? How could we provide a more coordinated response than we now have and avoid duplication of services?'” says O’Neill, a long-time Santa Clara resident and volunteer with St. Justin’s Community Ministry.

Unlike Sunnyvale, for example, Santa Clara has no central organization that provides emergency assistance to hungry and homeless people. Instead, the City contracts with providers such as InnVision in San Jose and the Bill Wilson Center for youth to house the homeless.

“Santa Clara has a high percentage of people in rental housing, and the success of the tech industry has driven up the cost of living, including housing, making it more difficult for people with low-incomes to survive,” says O’Neill.

“The core issue is that people need a home to stabilize. Without a home it’s hard to stabilize the rest of your life,” says Jennifer Loving, Executive Director of Destination: Home, serving Santa Clara County. “The ‘housing first’ model works 85% of the time even with the chronic homeless.”

“Begin at the local level to change the system,” says Loving. Destination: Home has already developed a name and face database to identify the homeless. The next step is to work with the community to carve out the resources to house people now.

According to Loving, permanent, supportive housing costs about $20,000 per homeless person. Homelessness costs about $60,000 per person.

Executive Director Marie Bernard said that Sunnyvale Community Services, which operates out of a 12,000-square-foot building, is the emergency assistance agency for Sunnyvale. It partners with organizations such as Second Harvest Food Bank and the Salvation Army.

“Our mission is to prevent homelessness and hunger. We are the safety net to prevent it. We don’t do everything. We are the hub and make referrals,” says Bernard.

“Some Silicon Valley families are just one unexpected bill away from being able to pay the rent. Ninety percent of the family income goes to housing. We gave out $751,000 in emergency assistance in 2011.”

Jeff Pedersen, Manager of Housing and Community Services for Santa Clara, spoke of the City’s dedication to preventing homelessness by developing low-cost, permanent housing. However, it is financed by decreasing Federal resources and uncertain Redevelopment Agency funds.

Jerry Marsalli represented Mission City Community Fund, which awarded $200,000 in community grants in 2011. Marsalli said January 31 is the first of two 2012 deadlines to apply for grants.

“People in Santa Clara are recognizing that there are unmet needs, and there is the capability within our city to meet those needs,” says O’Neill. “This is part of community building.”

A volunteer task force will report back in two months on what the next steps might be in developing a Santa Clara Community Services. Contact Teresa O’Neill (teresa.oneillsc@gmail.com) to be part of the community building.