The California Public Employee Retirement System (CalPERS) is investigating an ethics complaint against the City of Santa Clara about the 8.5-week employment of Mark Danaj as Assistant to the City Manager, according to independent sources with knowledge of the situation and who have requested anonymity due to the matter’s sensitivity.

The reason, these sources say, is to determine whether Danaj’s short stopover in Santa Clara was to enable him to stay enrolled in CalPERS “classic” pension plan past the six month “between jobs” limit.

CalPERS (www.calpers.ca.gov) had no comment about any investigation except to note that investigation findings, once completed, are usually public records. Investigations typically take about 90 days, according to CalPERS spokesperson Amy Morgan.

Manhattan Beach’s City Manager until Jan. 3, 2018, Danaj was hired by Santa Clara on May 30 as a part-time Assistant to the City Manager, where he was assigned the Convention Center audit. Danaj’s last day was July 25, and on July 30 he was announced as Fremont’s new City Manager. His LinkedIn page and the City of Fremont’s website don’t mention his Santa Clara employment.

Those employed before 2013 remained under “CalPERS classic,” but new hires were subject to PEPRA. The law defined new employees as those first hired starting in 2013 and those hired after Jan. 1, 2013 “by a different CalPERS employer following a break in service of more than six months.”

Danaj worked for a CalPERS participating agency before 2013: Fremont (2011- 2014). Manhattan Beach, where he worked from 2014 to 2018, is also a participating agency. But without his eight-week engagement as a regular employee by Santa Clara, Danaj’s  “classic” pension status for any new public job would have expired on July 3, 2018.

State law defines CalPERS fraud as knowingly receiving payment from the pension system that one isn’t entitled to, or to “knowingly aid, abet, solicit, or conspire with any person” to do so. Penalties for fraud include a one-year jail sentence, $5,000 fine and making restitution.

CalPERS agencies that improperly enroll employees in pension plans “can jeopardize their retirement contract status with CalPERS.” This can also result in a loss of benefits for employees, according to the pension fund’s 2014 letter on membership reporting errors by participating agencies. 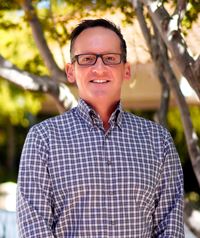 A Hiring Process That Wasn’t By the Book

Danaj’s employment in Santa Clara was unusual, according to City records received by the Weekly.

The requisition for Danaj’s position was approved and “ready for recruitment” at 10:43 a.m. on May 30, 2018. At 12:44 p.m. a “conditional offer of employment” was emailed to Danaj signed by Assistant City Manager Nadine Nader for City Manager Deanna Santana. The offer was to be effective “upon successful completion of the reference check process.”

The job offer was an annual salary of $180,000, a $200 monthly car allowance, an $80 monthly cell phone allowance, and “classic level CalPERS membership.”

Danaj emailed the signed conditional offer back to the City on June 4, but he was already at work. Assistant City Manager Nadine Nader requested a City email account for Danaj on June 1. Before that date Danaj was using his personal email address for City business.

On May 31 at 7:30 a.m. Danaj sent an email from his personal email to Denise Callahan of TAP International — the company conducting the audit — to set up a meeting about the project. Santana, who was on the distribution, suggested some meeting times — including “Wednesday, after we meet with the Chamber.”

This all happened while Danaj had only a conditional job offer and before a background check was completed.

The City Manager sent a statement to the Weekly about Danaj’s work activities before his employment was official. “Mr. Danaj was allowed to work upon signing his conditional employment offer in a part-time assignment and on a special assignment,” Santana wrote.

“I determined that allowing Mr. Danaj to begin work without formal notification of his passing the City’s background check process presented a low risk to the City, since Mr. Danaj had successfully been appointed to City Manager in another California city, which itself requires a thorough background check, In fact, Mr. Danaj was recently appointed as City Manager for the City of Fremont and underwent the rigorous backgrounding required to become a City Manager.”

During her 12 months with Santa Clara, Santana has established herself publically as a stickler for proper procedure. Managers in the City speaking on background say they have never heard of anyone starting work before a background check is complete.

An Employee With No Badge Leaves Little Trace

Another curious aspect of Danaj’s employment is that he was issued no City badge, manuals, keys or other City property, according to the Separation notice, which was originally dated July 27, then changed to July 25.

The Weekly’s sources say that not issuing a badge to an employee is beyond unusual. One retired City employee said that, without exception, the first stop for new employees is the HR office where they receive photo ID badges.

On May 30, Danaj was sent a form for fingerprinting remotely in Southern California instead of at Santa Clara City Hall.

The Weekly’s sources don’t recall seeing Danaj at City Hall, although the Santa Clara Chamber of Commerce confirmed that he met with them personally.

Santana’s calendar shows three additional meetings about the Convention Center including Danaj: June 21, July 14 and Aug. 15 — after Danaj had assumed his responsibilities as Fremont City Manager.

Public records contain no description of Danaj’s responsibilities and his hiring can’t be found in Council agendas or consent calendars, although contracts for hires at that level are often on the agenda for Council information.

After the first flurry of activity before he was actually hired there is little record of his work beyond attending a handful of meetings and receiving a report on the audit objectives and a progress report.

On June 18 Danaj received an audit progress report from TAP at his City email address. Records requests about both Danaj and the Convention Center audit turned up no other City communications, meetings or reports involving Danaj.

In his two month engagement Danaj was paid $17,048 for 153 regular hours of part-time work Mondays through Wednesdays, 4 hours of holiday pay, and 40 hours ($3,462) of management leave.

Danaj has connections with both Santana and Nader that go back to 2003 — especially with Nader with whom he has worked in four cities.

Nader was a San José employee the entire time Danaj worked there, including her five years as Assistant to the San José City Manager during the time Santana was Deputy City Manager.

Public records show that as HR Director Danaj worked closely with Santana — who was San José Deputy City Manager at the time — on the hiring of a new fire chief.

Six months after Danaj went to Fremont as Assistant City Manager in 2011, Nader joined him and became the Deputy City Manager.

Danaj was dismissed from Manhattan Beach in Jan. 2018 in a dispute about four new highly paid executive positions in his office and a $2.3 million low interest home loan for Nader. Danaj also reportedly spent $10.5 million on consultants during his Manhattan Beach tenure.

The Manhattan Beach City Council alleged that Danaj was overstepping his authority —several of them had campaigned on eliminating management positions — while Danaj alleged they were overstepping theirs. After putting Danaj on administrative leave, the council dismissed him, saying that there had been no misdoing and letting him collect his $260,000 salary for a year or until he found another job.

Nader resigned from Manhattan Beach in Dec. 2017 and was hired by Santa Clara last January — six months before Danaj.

Assistant to the City Manager: A Part-Time Job Without A City Hall Office?

Assistant to the City manager is “a senior staff position…responsible for managing complex studies and projects of a citywide nature often involving representation of the City Manager’s Office,” according to the City’s job description.

Its responsibilities include “managing interdepartmental teams, maintaining relations with committee and intergovernmental groups and providing staff support to Council members.”

It’s clearly a job requiring a high level of communication and interaction with other City staff. Yet Danaj was hired three days a week for eight weeks and there’s no record that he ever did more in City Hall than attend a handful of meetings.

There’s nothing unusual about hiring an expert for two months to work part-time on a specific project, and who’s not expected to be onsite much. That person is a consultant or contractor and Santa Clara hires many of them. But it’s not usual to offer contractors an employee benefits package.

Update: On Friday, Oct. 12, Santa Clara City Hall put out a press release saying that the “Notion of CalPERS ‘Investigation’ [was] Rejected.”

After reading the Weekly’s report, the City’s new HR Director, Teresia Zadroga-Haase said “that there had been an anonymous report of alleged inappropriate action by the City…The review of Mr. Danaj’s employment with the City of Santa Clara was completed, and there were no issues found.”