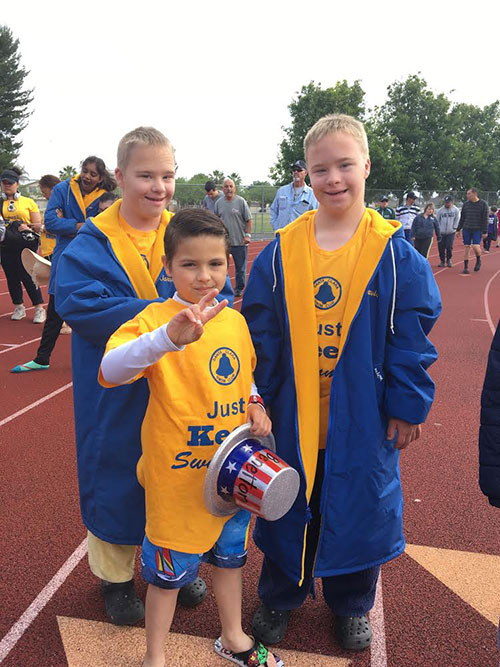 Santa Clara resident Ivette Bookman’s son is autistic. Benetton Bookman, 9, is a third grade student in Braly Elementary School’s special education program. He likes soccer, classical music and swimming. So it made sense for Ivette Bookman to enter her son in the Special Olympics Spring Games Northern California, which took place on May 6 at Gunderson High School in San Jose.

“Benetton did excellent in the swimming completion,” Ivette Bookman said. “We were very excited that he participated. He was excited being with the other kids. He felt special being there. He loves to participate. Being part of this gave him more confidence. When he’s around other kids with special needs and he sees what they can do, he feels like he’s somebody. He swam fine in the first round and in the second round he was disqualified. But the most important thing for kids with special needs like my son is that that they feel the support of the family and the people around them. It helps them have a healthier self-esteem.”

“I practice swimming four days a week,” said Benetton, who received a medal for competing.

According to Pamela Bailey, manager of the swim school at the Santa Clara Swim Club, other categories of competition at the Special Olympics Spring Games Northern California included track and field and tennis.

“There were quite a few different events [in swim]; we had about 50 athletes and of all those athletes, they were in various events,” Bailey said. “Each of them were entered into three various events depending on their ability level. Benetton was entered into the skills division. For his event, I believe he had a walking event and kickboard event. The events ranged from walking [in the water] all the way up to doing a 100 meter free style and 50 yard backstroke. We had swimmers ranging from very beginner to extremely advanced.”

Bailey said that her team at the Santa Clara Swim Club, comprising of children and adults with cognitive disabilities, brought home 68 gold medals.

“This is the best part of my job,” Bailey said. “I volunteered to head coach this team and this is the highlight of my year. I look forward to this when we’re in the off season. This is the second year we’ve done this at the Santa Clara Swim Club.”