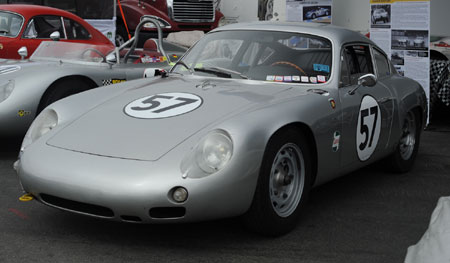 Summer is traditionally the time of the year when people who have had their cars in storage from the harsh winter months bring them out to enjoy the sunshine. California residents are able to enjoy the sunshine and warm weather for more months of the year – some say practically year-round. Car shows, traditionally held during the summer, allow car owners and fans a chance to admire and appreciate their favorite marques. Some of the better-known car shows include the Palo Alto Concours d’Elegance, Hillsborough Concours d’Elegance and Pebble Beach Concours d’Elegance.

August 16, Frugal Thursday
Many of the cars that will be shown at Pebble Beach are driven on a tour that makes a lunch stop in Carmel on Ocean Drive. While the car-owners dine, their cars are parked in all four lanes on Ocean Drive, which gives fans of classic cars a chance to get up close to some truly exotic cars, whose value ranges from a low of $50,000 up to over $1 million. The event is free and open to the public.

August 17, Concorso Italiano
Celebrating its 27th year, Concorso Italiano, is considered by many to be the largest Italian car-show in the world. With over 1,000 cars and motorcycles on display, it’s not difficult to see why that claim is justified. Held at Laguna Seca Golf Ranch in Monterey, Concorso Italiano played host to cars as inexpensive as an original mid-1960s Fiat 500, to one as a Ferrari Daytona 365 GTB/4, to as rare an item as an Abarth Scorpione. But even if Italian cars aren’t what you want to see at a car show, there are parking corrals full of cars by BMW, Aston Martin, Lotus, Porsche, Morgan, and Bentley. Tickets are available online to show a car, park a car in one of the corrals or be a spectator. Tickets can be purchased as early as February. Tickets to show a car run $90, but get more expensive as the show gets closer. For more information, visit www.concorso.com.

August 17 – 19, Rolex Monterey Motorsports Reunion
Held in Salinas at Laguna Seca Raceway, the Rolex Monterey Motorsports Reunion is a gathering of racecars from around the world. The cars and their owners/drivers are there to run their cars on the track against other cars from their respective eras. With several hundred cars on display or participating in races, this event gives many a chance to see and hear the sounds of a by-gone era of racing up close. When not on the track, cars are parked in the racing paddock and drivers and owners are available to answer spectators’ questions. With the passing of Caroll Shelby, this year’s event will celebrate the auto legend’s life. Tickets are $70 for Saturday and $60 for Sunday. For more information, visit www.mazdaraceway.com/rolex-monterey-motorsports-reunion.