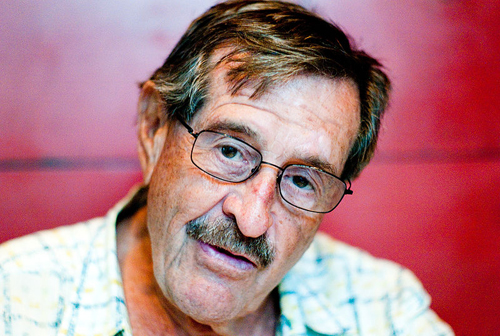 In a change of pace from today’s hyper-polarized politics, the Santa Clara County Democratic Club is honoring retired State Senator John Vasconcellos, a Santa Clara native and a master at finding consensus with people of widely disparate views. Another legendary California politician, former state assemblyman and San Francisco Mayor Willie Brown, will be on hand to honor Vasconcellos at the August 18 event.

Vasconcellos is California’s longest serving elected official and one of its best loved. During his 38-year career in public service, “Senator John” racked up significant legislative achievements and was a leading force in the development of California’s extensive community college system. Since retiring, he’s been actively advancing his bipartisan approach through his non-profit Politics of Trust foundation (www.politicsoftrust.net).

Vasconcellos will be honored on August 18, 2012, 1:00-4:00 p.m. at an event in the garden of Santa Clara’s historic Harris-Lass Museum. Admission is $25 and includes a barbeque lunch. For information and tickets, visit www.democraticclub-scc.org, or call Shirley O’Dou (408) 247-9513, or email Karen Powers karenjpowers@att.net.

Community
Author AdminPosted on December 11, 2013
The Holiday Tree Lighting Ceremony is scheduled for Friday, December 6 at City Hall at 6 p.m. – the traditional start of the holiday...

Community
Author Larry SacksPosted on December 19, 2018
The sun was shining and the skies had cleared as the Royal Coach bus pulled up to Briarwood Elementary School. It was there to...