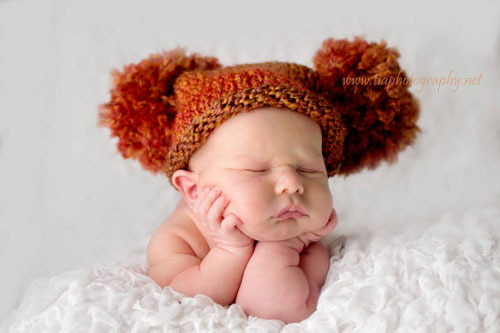 “I have very few pictures of my childhood, but the few pictures I do have bring back happy memories,” says Santa Clara resident Pooja Chauhan. “There’s a picture of me wearing shorts and a T-shirt given to me by my aunt. It was taken in the city of Baroda in India. That picture is important because I started walking that day. I was about one year-old then. When I see that picture with my parents, they still get all excited.”

Recognizing the feelings of warmth and nostalgia a single photograph can bring to her heart, Chauhan used her creativity to develop her photography skills after her daughter was born. Today Chauhan is the owner of Tia Photography, a Santa Clara-based photography studio named after her toddler daughter.

The beauty of Chauhan’s images greet visitors to her website. Pregnant women glowing with anticipation of maternal bliss, family members embracing one another, toddlers and children showing uninhibited expressions of glee and fascination, and napping newborns carefully wrapped in textured scarves are just some of the many images posted in Chauhan’s gallery.

Chauhan spends a lot of time on each photo shoot. For a newborn photo shoot, she prepares her hats, mats, baskets, scarves, and other props before the clients arrive. She frequently repositions her props several times until the scene meets her satisfaction. She handles newborns, often just days old, with gentleness as she dresses them and places them onto the scene.

“Since I had my daughter, I have had lots of practice handling newborns,” Chauhan says. “I learned how to calm down newborns by shushing, swinging, offering a pacifier, and encouraging the parents to feed a fussy baby.”

Chauhan remembers feeling beautiful and happy while she was pregnant.

“I’d like to capture that moment for pregnant mothers when they have [a child] growing inside them,” Chauhan says. “They’re creating a miracle.”

Many parents will confront an empty nest someday. That’s why Chauhan feels that family pictures are handy to have around.

“Memories fade but pictures will always be there to remind you of an earlier time,” she says.

“I wanted to do the cake smash photo shoot when my twins turned one year-old,” Sarafa says. “Pooja, who is so patient and calm, wanted to include my other child, who is four years-old, in the cake smash. I appreciated her idea. The cake smash pictures will go in this year’s Christmas cards.”

Chauhan offers some background staging tips for parents who wish to incorporate seasonal themes while photographing their children. For autumn themes, she suggests that parents set their children near some pumpkins and spread around some fake colored leaves, which can be found at craft stores. For Christmas, children can wear red clothing or Santa hats while sitting next to an empty, wrapped gift box.

Chauhan has a full-time job in the high-tech industry and can only book a few photography sessions each month. She is still accepting appointments for the upcoming holiday season.