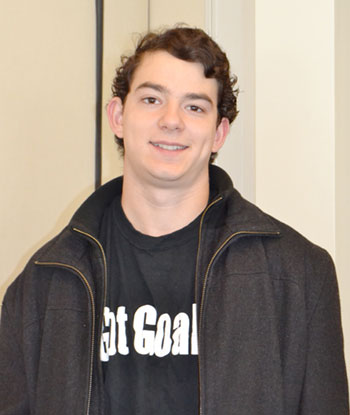 When Levi’s Stadium opens later this year, a handful of Mission College students will have their hands involved in almost every aspect of the items patrons consume at the 68,500-seat NFL stadium.

Thanks to a partnership between Mission College and Centerplate, the stadium’s hospitality management company, students in the college’s Hospitality Management program have had hands-on involvement in a number of aspects of the menu planning for the stadium.

Centerplate, which manages all hospitality for Levi’s Stadium and the 49ers, including suites, event catering, merchandise, satellite stores and team stores, first met with Mission College over a year ago when 49ers executive Jim Mercurio and then college president Laurel Jones met to discuss a potential partnership.

“Rob Gamble [Director, Business/Community Engagement and Workforce Development, Mission College] then took the ball and ran with it to help get where the partnership is today,” says Zach Hensley, General Manager of Centerplate for the 49ers. Hensley adds that the partnership has afforded an opportunity for students to be involved in testing, tasting, service, plating and scheduling for the stadium, with future partnerships expected as well.

Approximately 12 students have worked on the Levi’s Stadium project in a range of capacities, from the back of the house, to the front of the house, to internal concessions, and even on premium service items and club space items.

With a unique opportunity and experience for students to be on the ground floor of the stadium food selection process, students are witnessing first-hand the magnitude of how important hospitality management is to the stadium.

Having worked with Centerplate since September, Deasy, a 49ers faithful, is stunned at how much goes into the stadium food selection. “There is so much variety in the food – concession stands at every level of stadium from hot dogs, popcorn, pretzels, burgers – to specialty foods such as sushi, curries, several types of gourmet polish and hot dogs, salads, sandwiches and more – it’s a really crazy experience to be involved in the start of something new.” 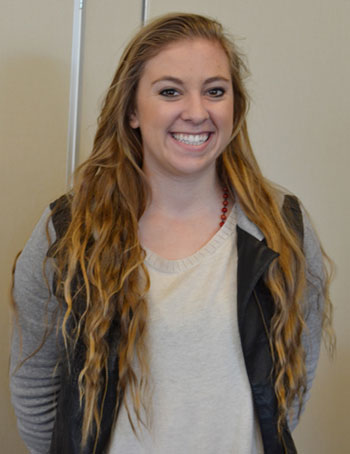 Teasy, who originally figured she would work in a smaller restaurant, now envisions seeing herself with a career in a larger hospitality venue, like as working at the stadium or in catering large events. Among the items she has directly been involved with included prepping food for tasting by 49ers leadership, cooking and plating food.

“It’s really cool that a huge corporation [Centerplate] is coming to us for help – it’s so awesome … this is an amazing experience and very grateful to be a part of it.”

For Teasy, Centerplate adds to her full plate of 23.5 units at Mission College plus her regular job, but she says she would, “never deny the opportunity offered by Centerplate.”

Gabriel Sanchez, a graduating student who originally looked at Mission for the EMT program but was underage at that time, always had an interest in cooking. He’s now graduating with an Associates of Science in Hospitality Management and an EMT certification.

Interested in pursuing a career in cruise ships or hotels, Sanchez enjoys working with larger venues and events – noting that “events are way more fun.” “The program here was a wonderful foundation – it’s a head start into a wonderful industry.”

Local vendors will allow Centerplate to offer a unique twist on the stadium experience – with Levi’s Stadium being a locally sourced venue. Local menu items will include a sausage crafted by Neto’s Sausage in Santa Clara.

“We try to partner with the community – trying to utilize the local food scene to try and tell our story through food at Levi’s Stadium,” concludes Hensley.

Op-Ed Opinion
Author Ed GarciaPosted on February 14, 2018
I met my future wife on January 23, 1954 at the Zenda Ballroom in Los Angeles.  I was stationed in San Diego with the...

Op-Ed
Author Robert HaughPosted on March 20, 2013
With painters meticulously painting, flames buzzing as welders arc pieces of steel together, trucks delivering loads of materials, and a gaggle of workers methodically...

City Politics Op-Ed Opinion
Author The Editorial BoardPosted on December 13, 2017
In a recent event in the topsy turvy world of Council logic, they approved payment for services some on the dais claim were not...
SPONSORED