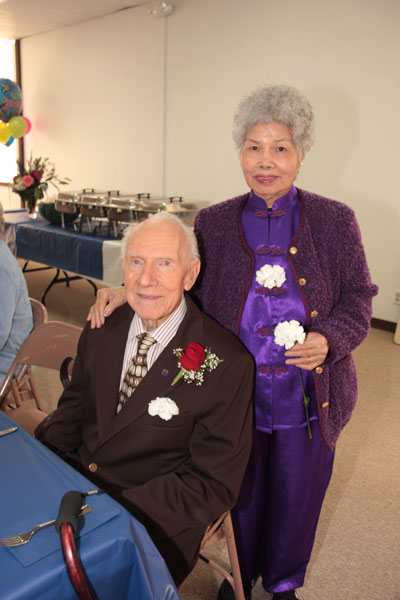 Resurrection Lutheran Church combined its 50-year marker and the birth of Schaefer in a joint celebration on Sunday, January 15.

Schaefer, who was born on Sunday, January 14, 1912, was drafted by the Navy during World War II, served on the Ingersal destroyer during its attack and believes “a sense of humor is essential to longevity.”

“I can do everything I could do at 21, but it just takes me longer to recover,” claims Schaefer.

Also taking place on a Sunday, and exactly one week prior to Schaefer’s 50th birthday, was the birth of Resurrection Lutheran Church. The church, which originally met in a converted house on Sheridan Drive, officially became a member of the Lutheran Church Missouri Synod on Sunday, January 7, 1962.