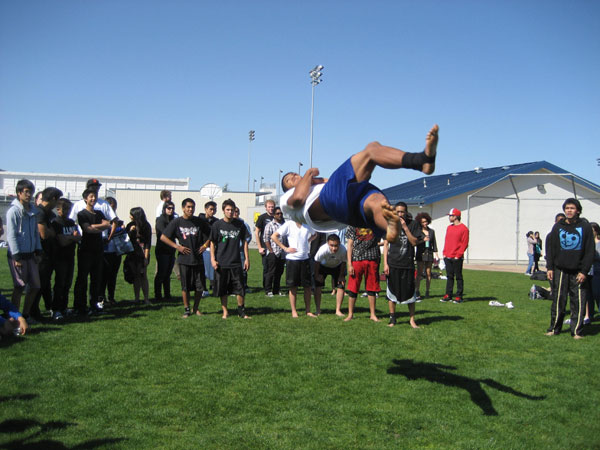 “Lance Cpl. Harry Lew is a true hero who courageously fought for our country and gave his life for this great country. He was a valued citizen of our community who was known as a loyal friend with a love for life. He was someone people could count on and was always able to put a smile on anyone’s face,” writes California District 22 Assembly member Paul Fong in an e-mail.

“He will be remembered on the Assembly Floor [in Sacramento this] week during session when I adjourn session in his memory. My thoughts and prayers go to his family and friends, and may they find solace in knowing one of the greatest heroes of our time touched their lives.”

“He’s such a good boy. He [studied] very hard and he [got] along well with everybody. He wanted to be an artist, a cartoonist,” says his great aunt May Chu of Santa Clara, who last saw him when he was home at the end of 2010. “He was so happy to see us. He missed Chinese noodles, so his mom sent noodles to Afghanistan many times.”

Lew’s great uncle, Judson Chu, a WWII Army veteran who served in Okinawa and the Philippines, says, “We are very proud of Harry serving our country. [His death] is one of those sad things that happen.”

“Harry taught me how to dance and trick,” says SCHS junior Richard Young, president of That Breaking Club on campus and one of about 100 young people at the afternoon session. “It’s like losing a teacher. And also a family member because the club is like a family.”

“We looked up to Harry and wanted to be like him,” says Kenny Anderson, another SCHS junior.

Tricking, which Lew learned in high school, is an alternative sport akin to break dancing. Club members say it takes guts, flexibility, body awareness in the air, and practice. In tricking, there are body flips, kicks, and twists.

“Harry was good at twisting his body. He took up [a kind of Chinese martial arts called] Wushu to help his tricking,” says JayR deGuzman, who graduated with Lew. “Harry had the power to make everyone his friend. He was the best kind of guy.”

Lew, a native of California, was the only son of Chinese-born parents, long-time Santa Clara residents Allen and Sandy Lew. He has an older sister, Carmen Lew. Lew surprised his family by joining the Marines in August of 2009 after studying for a year at Mission College.

Lew graduated from Marine boot camp at Camp Pendleton near San Diego and reported to his unit in February 2010. The unit was deployed to the Middle East in November 2010, joining a Marine combat team for counterinsurgency work with the Afghan National Security Forces to provide security to locals and promote development in the region.

“Harry was very passionate at tricking. He always had fun and inspired others,” says Stephen Atalla, a friend for eight years. “He believed if you go through troubles in life, persevere. Life doesn’t have to be hard.”

“We are here for Lew’s family if they need us. One of America’s finest came from their home,” says Gloria Cervantes, Silicon Valley Blue Star Moms Blue to Gold Liaison.

Where Would We Be without Friends?