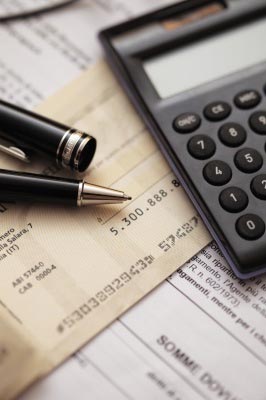 In the coming year, Santa Clara residents and businesses can expect to see increases in city fees and service charges as the city aligns fees with the costs of providing city services in the face of flat or declining tax revenues.

Water prices will go up $3.00 per month for average residential customers, due to increased charges by the City’s wholesale water supplier, the San Francisco Public Utility Commission (the Hetch Hetchy regional water system). Users of recycled water will pay 6.5% more.

onthly sewer charges will increase 15% ($2.91) in July of this year and 10% ($2.23) in January 2012. This reflects a rise in the San Jose/Santa Clara Water Pollution Control Plant operating and capital costs, as well as money that is needed to meet anticipated infrastructure needs.

Residential garbage collection and recycling will cost 8.6% more ($2.12 per month for a 32-gallon can) as a result of increased charges from the city’s service providers, Mission Trail Waste and Recology Santa Clara.

Many engineering and infrastructure charges will jump 50% or more in the coming fiscal year. As dramatic as these increases seem, some fees are still under the cost of providing the services – amounting to a city subsidy for these services.

Other charges and fees will also rise this year:

Some things, however, won’t be going up.

The ity’s popular annual Clean Up Campaign and its household hazardous waste disposal charge will stay steady this year. As will the city’s electric rates.

Rates for the city-owned power company, Silicon Valley Power, have already increased between 3% and 10.25% every year since 2006 – making a total 34% increase in electric bills over the past five years. However, with baseline residential rates between $0.07 and $0.10, Santa Clarans still pay less than their neighbors in San Jose for electricity. (PG&E’s baseline residential rates run from $0.08 to $0.40).

It’s not just Santa Clarans who face growing charges for city services. All Californians can count on rising municipal fees.

That’s because it’s virtually impossible for California municipalities to levy taxes to pay for community services, thanks to the state’s two-thirds voter approval requirements. Fees, however, only need to be approved by a simple majority of the city council. (Herein also lies one of the charms of redevelopment projects for cities – RDA tax revenue bonds can be issued with only a city council majority vote.)

The full schedule of proposed fees is available on the city website at santaclaraca.gov/index.aspx?page=222. Carolyn Schuk can be reached at cschuk@earthlink.net.

Santa Clara Operating Budget Up Modestly for 2011-2012, But Are Revenue Forecasts Too Optimistic?