Collected from school families, these items were to be donated to the JW House. The back of the pickup truck was filled, meeting the condition for the school to host a hot cocoa party for its 529 students before they take off for winter break.

“We’re very proud of our entire community for coming together to support families in need,” said Fuller.

Located near Santa Clara’s Kaiser Permanente, the JW House is a place where people can stay overnight when family members, such as children, are hospitalized.

“The JW House is down the street from Laurelwood School,” said Leslee Adler, School Support Teacher on Special Assignment and Student Council Advisor. “The student council officers took the lead on this. The students were looking to find an organization that would impact children.”

“First, they made dozens of posters that were hung all over campus,” Adler said. “Then they worked together to make a Google slide show with pictures of the JW House as well as items to be donated. The slide show was presented in each of our classrooms.”

“I put into the truck cereal, Cup O’ Noodles and items people don’t have to cook,” said Keshav Kaushik, 10, a fifth-grader at Laurelwood who serves on the student council. “I also picked up bleach, laundry detergent, rolls of paper towels and tissues and put those in the truck too. The back of the truck was overflowing by the time all the items were in there.”

After school on Dec. 14, students made their way to the JW House to deliver the donated goods.

“It was almost a mile long walk to get to the JW House from the school,” Kaushik said. “Mr. Fuller drove the truck there, and then he came back and walked with us. When we got there, the staff at the JW House said, ‘Thank you very much.’ They were grateful for the donations. They helped us unbox everything.”

“Everybody was so kind to us at the JW House,” said Elli Bohling Lizarrage, 10, a fifth grader and President of the student council at Laurelwood. “We feel like it’s a good idea to help families in need. We think that in general, helping anybody out is an amazing thing to do. I feel like no person should ever be separated from their family, especially when they need their family the most. The JW house has a very caring and positive environment for families and their children.” 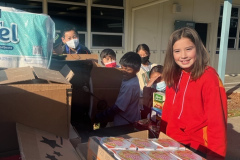 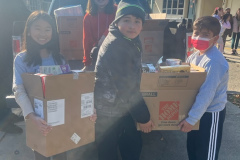 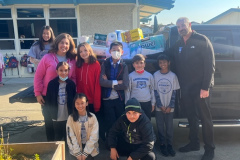 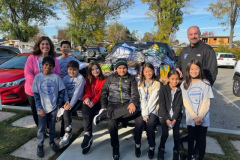 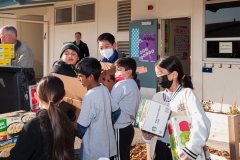 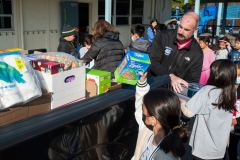 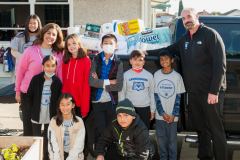 Community
Author Erika TownePosted on January 18, 2023
Another round of storms struck the Bay Area over the weekend, causing creeks to swell in Santa Clara and Sunnyvale. San Tomas Aquino Creek...
SPONSORED