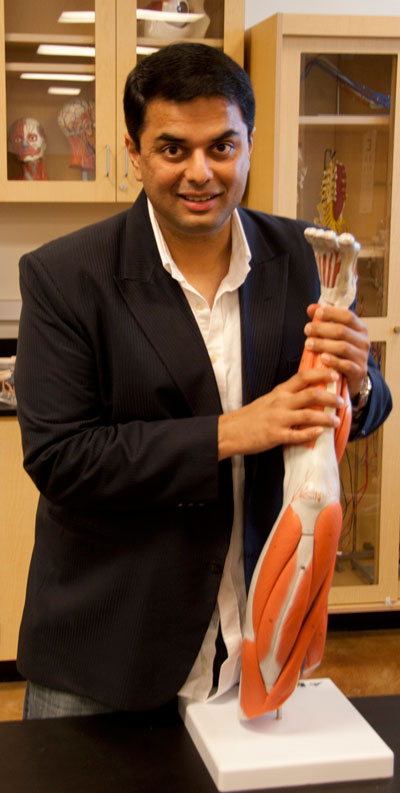 Benjamin Yates’ story is as unique as he is. As a young boy growing up, he dreamed about being a fighter pilot or a doctor. Other careers entered his mind, but in the end, being a doctor kept coming up as the profession he wanted to pursue. Being confident and direct, when he came to Mission College in 2009, he went right to the science building, found Dr. Jim Burrell, the department chairperson, and said, “I want to be a doctor. What do I need to do?” The chairperson introduced him to Dr. Thais Winsome, a biology instructor, who explained in great detail the classes Benjamin needed to take, in what order, and shared a few stories of former students who had graduated and went on to become doctors.

Well, Benjamin heeded the advice and direction he was given and took all the classes, studied diligently, and earned a 3.97 Grade Point Average. What makes this even more special for him is that he did this while going through numerous surgeries due to a medical misdiagnosis, and pushed through even though doctors and faculty told him that he should probably take a few semesters off. He applied to a number of medical schools, was invited to interview at most of them, and chose to attend Midwestern University in Glendale, Arizona.

But here is where Benjamin’s story is truly unique — he didn’t get an Associate’s degree at Mission College. He did not transfer to a university to do his pre-med studies. Instead, he took all required courses at Mission College and is transferring directly to medical school — the first such student to do so at Mission College — and perhaps in the state of California.

On a personal level, Benjamin says “I attribute my educational success to support from three key people. God, my mother and my fiancee.” In addition he gives credit and appreciation to many of his instructors, especially Char Perlas, the Director of the Math Engineering and Science Academy (MESA) at the college, who encouraged him to work toward his goal, and Thuy Trang, a counselor, who challenged and help him stay on course. Benjamin says he learned to study at Mission College, “I came to understand pretty quickly that you have to do the required reading ahead of time, and complete all the homework. That was the foundation of my academic discipline,” said Yates.

When asked what advice he would offer other students entering college, he suggests, “Be a well-rounded individual. Get involved with life and helping make the world a better place. Have outside activities, and when you apply to a university, tell them about all you’ve done and share your passion. Don’t be shy. You need to stand out in the crowd.”

When Benjamin Yates finishes medical school, he’ll be a Podiatric Trauma Surgeon, and – we’re guessing – one of the best. For more information about Mission College offerings, go to www.missioncollege.edu or call 408-988-2200.