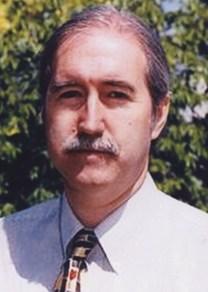 Few people have been more fittingly named than Geof Goodfellow. That was abundantly clear at a touching memorial service last week for the longtime Santa Clara Director of Planning and Inspection, who died at his Santa Clara home on September 5 after a long fight with ALS/Lou Gehrig’s Disease. His survivors include his wife of 35 years, Chris, and children Nancy, Gregory, Timothy and Joshua.

Goodfellow’s generosity and commitment to community service were common knowledge in Santa Clara.

“He was known at the city for his leadership, vision, and commitment to being an example to all of us of what public service is all about,” said retired Santa Clara City Manager Jennifer Sparacino, who worked with Goodfellow in one capacity or another during his entire 34 years with the city.

“When there was a question no one could answer, I could always look to Geof to have the answer. And when Geof spoke, we all listened.”

One reason was that Goodfellow preferred listening to talking.

“Geof wasn’t interested in a whole lot of words, but the ones he did use were very well-chosen,” remembered current Santa Clara Director of Planning and Inspection Kevin Riley, who began his career in city planning under Goodfellow. “He wanted not to tell you what needed to be done, but for you to participate in figuring out what needed to be done,”

Born in Cranford, New Jersey in 1947, Goodfellow graduated from Dartmouth College in 1969. He subsequently moved to California to pursue a Master’s Degree in City Planning from U.C. Berkeley. After finishing his degree in 1971, he went to work for the City of Santa Clara as an associate planner, and in 1984 was appointed Director of Planning and Inspection.

At a time when the Valley of the Heart’s Delight was transforming into Silicon Valley, Goodfellow was a key architect of Santa Clara’s balance of preservation and development, according to Riley. And the city’s economy prospered as a result. “Much of what he did was key to our successful development,” said Sparacino.

Goodfellow’s work earned him distinction beyond the city. “He had a reputation for honesty and integrity that went beyond the city, and the region and even the state,” said Sparacino.

Favoring collaboration over confrontation, Goodfellow established a model of working with people to “help make every project the very best it could be,” said Riley. “For Geof, city planning was all about community-building.”

“He had an ability to understand both sides of an issue and where both sides were coming from,” says City Historian Lorie Garcia. “Everyone felt they got a fair hearing. And he had the strength to make a final decision.”

It’s no exaggeration to say that Goodfellow’s work shaped the 21st century city of Santa Clara. He wrote the City’s first General Plan and the Bayshore North Redevelopment Plan – both of which established a foundation for much of the growth the city is seeing today on its North Side. Goodfellow also wrote significant parts of Santa Clara’s All American City application and was co-author of “Santa Clara: A Place of Promise.”

Goodfellow played an important role in the purchase of Great America theme park in the 1980s to preserve that site from development. In the 1990s, he led the Convention Center, Sun Microsystems, and Rivermark development projects; including building a new supermarket – a critical need expressed by Northside residents – a central requirement of the Rivermark development.

He was also the architect of Santa Clara’s affordable housing program and took a personal, as well as professional, interest in the issue. An active supporter of Habitat for Humanity, Goodfellow brought the non-profit its first Santa Clara project proposal.

“That was the beginning of development of nine Habitat for Humanity homes in Santa Clara,” said Habitat for Humanity East Bay/Silicon Valley Director Charlie Tucker. “Those original homes were the fastest project we ever had, and everything went so smoothly with the city.”

Despite pressing responsibilities, Goodfellow was always ready to help a friend. Former Santa Clara Mayor Eddie Souza remembers how Goodfellow helped him build a home that accommodated the Souzas’ handicapped son. “He’d tell me, if it were my house, I’d do it this way,” said Souza.

Donations in memory of Geof Goodfellow can be made to Habitat for Humanity East Bay/Silicon Valley at give.habitatebsv.org, or 2619 Broadway, Oakland, CA 94612. For information call (866) 450-4432 or email Info@HabitatEBSV.org. The city has honored the legendary City Planner with a park in his memory, Geof Goodfellow Sesquitennial Park at El Camino and Lincoln.

The Gift of Literacy