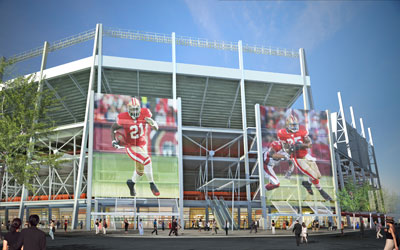 Although some critics have called the Weekly’s discussion of the differences between legislative and administrative acts by governing bodies “interesting but irrelevant,” last week’s court hearing on Santa Clara’s lawsuit against stadium opponent Santa Clara Plays Fair (SCPF) focused on that question almost exclusively.

In rejecting Santa Clara Plays Fair’s bid for a referendum on City Council resolutions 1116 and 1117 – the stadium DDA and Joinder agreements – the court ruled that 2010’s Measure J authorized the stadium financing agreements. Thus, the financial agreements were “administrative” acts carrying out established policy, and legally couldn’t be put up for a referendum.

Both sides focused on one specific case: San Diego v. Dunkl – with Santa Clara arguing that arguing that Dunkl’s circumstances were substantially the same as the current Santa Clara question and stadium opponents arguing that the case was significantly different.

In 1998 San Diego voters approved Proposition C – by a 60 percent majority – for a downtown ballpark redevelopment project according to the terms of a Memorandum of Understanding (MOU) between San Diego, its redevelopment agency, and the Padres baseball team.

The measure authorized San Diego to enter into an MOU with the Padres that created a public-private partnership between the Padres, the city and redevelopment agency to build a new major league stadium as part of San Diego’s Centre City East project. Proposition C further stated that its purpose, and the MOU it authorized, was as a legislative act to establish city policy. It further authorized the San Diego city council to amend or modify the MOU.

The following year Michael Kane Dunkl and Philip Zoebisch circulated petitions for a referendum on certain project expenditures, claiming they constituted additional legislative, policy decisions. The court blocked the initiative, saying the actions in question weren’t “legislative in character but rather were administrative measures properly within the domain of the City administration.”

The same year the decision was upheld on appeal.

In court last week, Santa Clara stadium opponents’ attorney Matthew Zinn argued that while Dunkl was “obviously similar,” that similarity ended with the superficial details. “Measure J did not direct the City [Santa Clara] to develop a stadium. There is nothing that says the [Stadium] Authority shall go forward.”

But Zinn’s argument didn’t convince Superior Court Judge Peter Kirwan, who told Zinn “at the end of the day …differences [with Dunkl] don’t make your argument.”

“Measure J was the legislative action approving the development, construction, and operation of the stadium,” Kirwan wrote in his decision.

“In approving Measure J, the voters specifically stated that it was the legislative policy of the City to develop the stadium, and established the means for doing so. The voter-approved means for carrying out the policy and plan specifically contemplated the parties entering into the DDA and other agreements that are the subjects of the referenda prior to the commencement of stadium construction.

“Resolution Nos. 11-16 and 11-17 are administrative acts meant to implement Measure J. They are necessary to carry out the legislative policies and purposes already declared by the voters in Measure J. Without these resolutions, the stadium project could not go forward as contemplated by Measure J. As a result, Resolution Nos. 11-16 and 11-17 are administrative acts and are not the proper subjects of the referendum process.”

For anyone out there who hasn’t committed the text of June 2010’s ballot Measure J to memory, here it is one more time:

“Shall the City of Santa Clara adopt Ordinance 17.20 leasing City property for a professional football stadium and other events; no use of City General or Enterprise funds for construction; no new taxes for residents for stadium; Redevelopment Agency funds capped for construction; private party pays all construction cost overruns; no City/Agency obligation for stadium operating/maintenance; private party payment of projected fair market rent; and additional funds for senior/youth/library/recreation to City’s General Fund?”

The initiative passed with 58 percent of the vote.

City Politics Community
Author Diane AndrewsPosted on February 24, 2017
The removal of the controversial 14-foot, white granite Latin cross that was the focal point of Memorial Cross Park at the intersection of Martin...

City Politics
Author Press ReleasePosted on December 27, 2021December 28, 2021
The Sunnyvale City Council has voted unanimously to declare the Council seat vacated by Mason Fong vacant and fill the vacancy by appointment versus...
SPONSORED