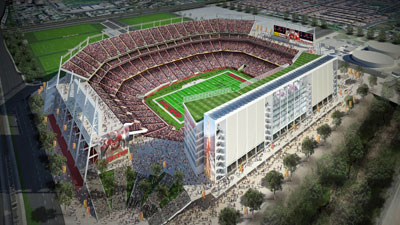 On Monday Judge Peter Kirwan cleared the way for construction to move forward on the 49ers stadium in Santa Clara. The Santa Clara County Superior Court judge ruled that the stadium financing agreements in question were “clearly administrative, not legislative” acts and, thus, could not be put up for a referendum.

The judge also rejected SCPF’s contention that there was no need for the court to block a referendum that, in any case, the city wasn’t going to allow. “Courts can’t tell people not to do something they’re not going to do,” said Zinn. Except, responded Kirwan, when there is a public interest at stake. “It’s important to address these issues today,” noted the judge,” and to address issues that would have been raised.”