In response to concerns voiced by some staff members, Buchser Middle School has slowed down plans to create a mural on the side of its new building.

“The principal is in agreement with the staff that she missed a step of conducting schoolwide engagement in the mural concept and she is actively engaging with her staff on that,” said Santa Clara Unified School District (SCUSD) Public Information Officer Jennifer Dericco. “She has paused the work on the mural in order to engage the entire school community on the concept before work on the mural continues.”

During the Oct. 24 District School Board meeting, some staff members at Buchser Middle School voiced concerns about the mural and the lack of staffwide engagement. The art was commissioned from a local artist who has successfully completed other art installations around the City of Santa Clara. 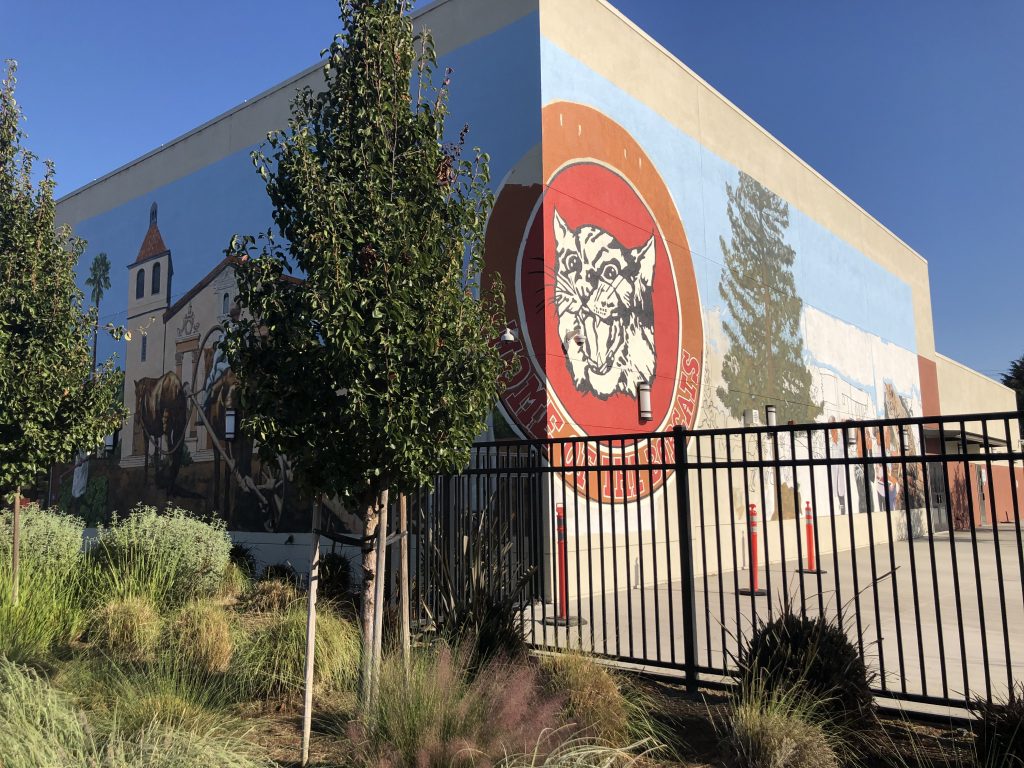 Work on the mural began in spring 2019, when Buchser Middle School’s Parent Teacher Association (PTA) commissioned the muralist to create the art concept. The mural was discussed with the principal and members of the PTA, which includes teachers, but was not discussed with the entire school staff.

The painting began in October and was about halfway done when the concerns were raised.

The issues raised with the mural have prompted the district to begin work on a districtwide policy regarding works of art on school campuses.

While the policy is still in the formative stages, Dericco says it will include many of the steps being taken by Buchser Middle School.

“As the principal moves forward in engaging with her community on the school’s new mural, we are also adjusting and formalizing our district process for all future murals to require a committee of representative stakeholders (classified and certificated staff, parents, administrators, and students) and schoolwide community engagement standards for murals,” said Dericco.

Once there has been input from the Buchser community, the school administration will work with the artist on any concept changes. Only then will the painting of the mural be completed.