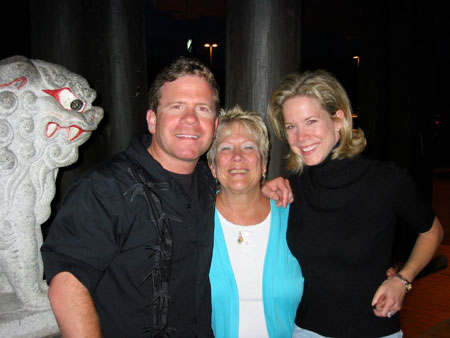 Longtime Santa Clara resident Christy Kinney entered into rest on August 6, with her loving family and friends by her side. A mother and grandmother, Christy is survived by her children, Rachel and Robert, daughter-in-law Rebecca Strait Kinney, and grandchildren, Joshua, Jake, Hayden, and Addison.

The daughter of Anita Barnes and Scott Hornsby, Christy was born in St. Louis, Missouri and grew up on the family farm. Christy attended Southern Methodist University (SMU) and graduated with a degree in psychology. Christy came to Santa Clara in the 1970s, where she and Robert Kinney settled and raised their children.

Christy was an avid photographer as this was her passion and lifelong love. She was well known in the blues music community where she photographed many artists – JJ’s Blues on Stevens Creek Blvd displays many of Christy’s photos. Active in the community, Christy was a dedicated member of the League of Women Voters and the Santa Clara Woman’s Club, and took a particular interest in charities and events benefiting children.

Friendly and outgoing, with a generous heart, Christy was known for being a true friend in all circumstances and always going the extra mile for other people. It was fitting that her last place of employment was with the Santa Clara Weekly where she worked as a photographer on jobs that had to do with charity and giving.

Christy was also a gifted gardener, and the lush garden at her Santa Clara home was a horticultural delight that made visitors forget they were in the city.