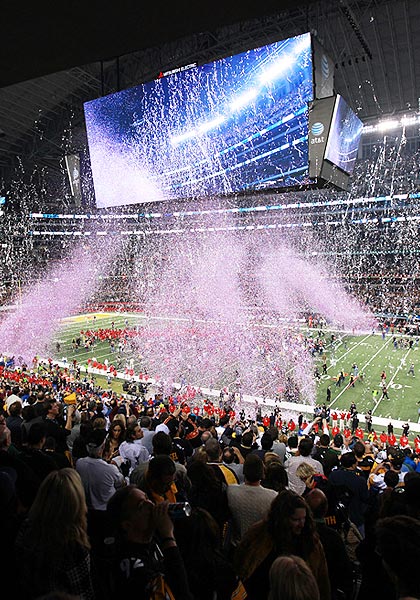 Imagine 70,000 football aficionados flocking to Santa Clara for the 2016 Super Bowl. Imagine local hotel rooms, restaurants and other businesses thriving for over one week.

Many WEEKLY readers were among the approximately 111 million Americans tuning in Sunday to watch the Green Bay Packers and Pittsburgh Steelers battle it out on the gridiron for NFL supremacy. There’s a reason that nearly every stadium site n the NFL vies to host the Granddaddy of sporting events, the Super Bowl.

Besides bringing worldwide spotlight to their community, the Super Bowl brings in thousands upon thousands of hungry, sleepy and entertainment-seeking football fans from across the World.

These businesses would be more than glad to welcome and accommodate an event the magnitude of the Super Bowl. By the way, this year’s Super Bowl was the higest-rated television show in history.

Just looking outside, we are enjoying mild, 70-degree, sunny weather while fans in Texas were treated to cold, windy and even snowy conditions, much as the majority of the country did this past week.

Santa Clara is an exciting place to live, work and play, why imagine, let’s bring a Super Bowl to Santa Clara and let thousands of worldwide football fans come see this great City.