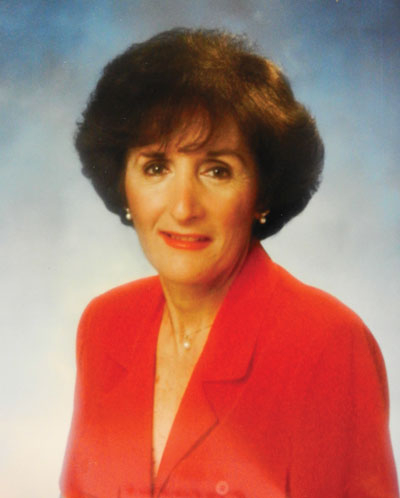 How many people can say they have been honored for their service by a U.S. president? Vilma Pallette can point to that achievement, as well as other recognition.

Born in San Francisco, Pallette has lived in the City of Santa Clara for over 15 years. Dr. Bill Kennedy, longtime President of the Santa Clara Senior Center, and Rita Kennedy, who served on several Santa Clara City Commissions, set the example of volunteerism for their daughter. Pallette’s time obtaining her bachelor’s degree at Stanford University also influenced her.

“I have been a volunteer every year since my Stanford graduation,” remembers Pallette. “As Freshmen, we were encouraged to help at the Children’s Convalescent Home. I will never forget the fun of sharing the incident with [volunteers] who also wanted to be there. And there is a feeling that you have afterwards, a feeling of stepping outside of yourself to help others.”

Trained as an elementary school teacher at San Jose State, Pallette made a difference in that role. She traveled throughout the U.S. with her husband, who was a general surgeon, before raising two daughters. It was when she was a “stay at home mom” that her volunteering began to grow.

As Junior League President in Los Angeles, she was invited with others to meet with the Executive Director of the 1984 Olympics, Peter Ueberroth, to consider developing a “prototype for staffing the Olympics using volunteers.” When Pallette showed aptitude for leading the task, she was given full reign, and what began as a corps of 5,000 volunteers grew into 32,000. Pallette was responsible for the strategy for recruitment and tracking the volunteers. She insisted upon an orientation for them, was an advocate on their behalf, and, thus, the majority of volunteers were committed to the daunting task. “That is the challenge for any group- to keep the spirit alive,” says Pallette.

For this service, then-President Ronald Reagan gave Pallette the Presidential National at a White House ceremony in 1985.

In 1994, Palette was the director of volunteer services for the World Cup USA, a position she considers to be her greatest achievement. She initiated a Volunteer Incentive Program during that stint, and was responsible for 23,000 volunteers. Pallette also established and coordinated volunteer centers in nine states for that event.

During the following years, Pallette was sought out to become a board member of many prestigious causes like the Stanford Medical Youth Science Advisory Board. She also worked on the Santa Clara County Juvenile Justice Commission and chaired the San Jose/California Sesquicentennial Celebration. She, as a retiree, just completed the task of volunteer coordinator of Zero1 in fall, 2012.

In 2011, Santa Clara Councilmember Patricia Mahan appointed Pallette to the Committee on Charter Revision. The role of the members was “to analyze how the City Council was elected, and to research other systems in cities of similar size and make a recommendation in response to complaints from those who felt they were underrepresented in the City Council,” explains Pallette.

It is no wonder that the energy, skill, and motivating force of Pallette are highly regarded.

“She is a go-getter and I respect her,” says Carmen Pascual, volunteer coordinator at the Triton Museum of Art. “She cares and is a great role model. That is why I asked her to be a mentor.”

Pallette’s mother, Rita Kennedy, is named as a donor on a plaque above the door at the Triton. Will Pallette also leave a legacy here – one of valuable advice?

Community
Author Cynthia ChengPosted on May 6, 2022
Santa Clara resident Aarna Agrawal is receiving a gold medal in May through the President’s Volunteer Service Award program for her work volunteering 108...

Community
Author Diane AndrewsPosted on May 13, 2021
#RecoveredHealthyAndProud is the message that Rose Academies-Uganda is sending out via social media to youth throughout the east-African Republic of Uganda, where three quarters...
SPONSORED