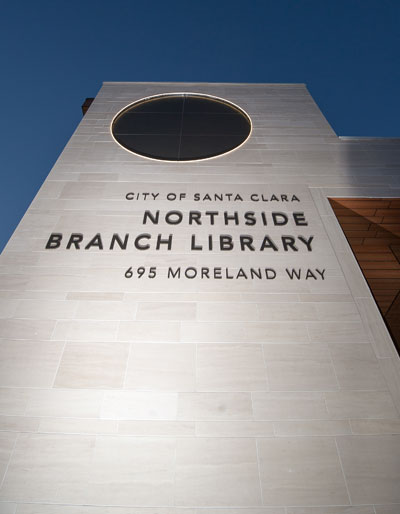 The ongoing controversy over the delayed Northside Library is starting to feel like a trip through Alice’s famous looking glass, where you can have jam yesterday and jam tomorrow but never jam today.

The five county appointees to the Santa Clara RDA Successor Agency Oversight Board insist that they are powerless to designate the nearly complete Northside Branch Library as a public use asset – even though the law shutting down the RDAs seems to empower them to make such recommendations.

At the Oversight Board’s Sept. 23 meeting, the five explained that their actions were based on the analysis of Oversight Board Attorney Hilda Montoy. First, since the successor agency doesn’t hold title to the asset, it can’t make any recommendation about its disposition. Second, the law shutting down redevelopment doesn’t specifically name cash as a public use asset – and the county is demanding cash, not the building.

Santa Clara officials and library supporters have asked that the Board to make the designation to assist the City in its negotiations with the state finance department about whether or not the new library (which sits on city-owned land) is a legitimate obligation of the now-defunct RDA.

The financing arrangement – where construction funds from a 2003 RDA bond sale and a 2009 tax increment revenues were, in 2011, put in a fund under the control of the Library Foundation and Friends – is the complicating factor. The county contends the transfer was illegal under the 2011 law shutting down the RDA. That’s the grounds they’re using to demand $19 million from the city.

“The Dissolution Law presumes that all assets of the former redevelopment agency are held by the Successor Agency and, therefore, authorizes direction by the Oversight Board,” Montoy wrote in her analysis. The law “does not authorize the Oversight Board to direct the disposition of assets of the City or of entities other than the Successor Agency.” Further, the law “does not include cash as governmental use assets.

“The Oversight Board should consider the following points in making a determination in this matter,” she continued. First, the library and its cash assets aren’t in the possession of the Successor Agency. Second, the building agreement is between the City and the Library Foundation – not the former RDA or successor agency. The land is owned by the city, not the former RDA. The Library Foundation controls the escrow account and the Oversight Board has no authority over it.

The matter at hand was well-summarized by City Manager Julio Fuentes last June when the Oversight Board was discussing the county’s attempt to appropriate over $240 million in Santa Clara real estate, lease revenues, and cash under the clawback provision of the RDA shutdown law.

As things have unfold, however, it’s increasingly clear from the library discussion that the legal gamesmanship will maintain the upper hand in the Oversight Board’s deliberations.

And that may remind fans of the great 19th century author Charles Dickens of that writer’s stinging indictment of the British chancery court in his novel Bleak House: “This is the Court of Chancery which … gives…the means abundantly of wearying the right; which so exhausts finances, patience, courage, hope; so overthrows the brain and breaks the heart.” Two copies are currently available on City library shelves.