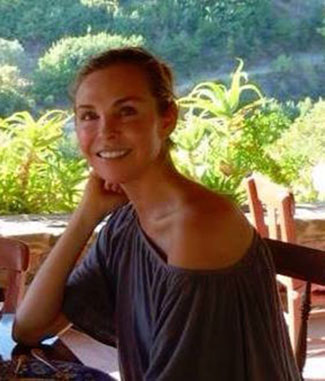 Ask anyone to describe a typical “Silicon Valley” resident and they’ll likely offer a stereotype – a young, overworked techie who stares at multiple screens 24/7 and survives late night coding sessions through vast quantities of takeout, coffee and energy drinks while trying to ride the next big wave of innovation. But Santa Clara University’s Professor of Psychology Dr. Shauna Shapiro has a different vision for the Bay Area – a community of forward-thinkers willing to incorporate mindfulness into their everyday lives. For Shapiro, bringing the practice of mindfulness into the mainstream is both a personal and professional passion.

At the age of seventeen, Shapiro had spinal fusion surgery; a metal rod was inserted in her spine. While she’d previously been captain of her volleyball team and was recruited to play in college, she was now confined to a hospital bed and barely able to walk. “I didn’t really have the skills to cope so I began searching,” Shapiro explained. “And, eventually, I found mindfulness and ended up at a silent mediation retreat in Thailand.” Shapiro, now a professor, author and clinical psychologist has devoted the past twenty years to studying mindfulness and sharing the practice with others.

“Mindfulness is not about ‘self-improvement’ – it’s about self-liberation, freedom from our automatic, conditioned and unskillful habits,” Shapiro described. “Mindfulness gives us more degrees of freedom to choose how to live each moment. Mindfulness isn’t just about paying attention; rather, it’s about how we pay attention and why we pay attention.” Her extensive scientific research has led her to three core components of mindfulness: intention, attention and attitude. And, she’s not alone in her research – Harvard studies have documented how mindfulness can increase our attention span, innovation and memory, as well as enhance compassion and emotional intelligence. Essentially, the practice can rewire our brains to achieve greater health and happiness. Many different school districts have also seen an improvement in student attention and behavior after integrating the practice into their daily curriculum.

With more than 150 journal articles and chapters, two books, a TEDx Talk and thousands of presentations around the world, Dr. Shapiro brings a rigorous academic lens to mindfulness. Her goal is to use science as a means to help make mindfulness more accessible and digestible to the mainstream. And Shapiro is succeeding at this goal. She has recently begun collaborating with mainstream Fortune 100 companies, including Google, Cisco and Genentech.

When Shapiro learned that we lose more veterans to suicide each year than to combat she knew something needed to change. “Our veterans carry so much shame, regret, and self-judgment.” In her work with veterans, she found mindfulness to be deeply healing– teaching them to hold their past with greater compassion.

As Shapiro continued her clinical work with different populations she realized that veterans were not the only ones who felt shame. She explained, “All of us feel shame, this underlying sense that we’re not good enough, not doing this life right.” Shapiro continued, “And worse, shame does not work. It doesn’t help us learn from our past. Instead shame shuts down the parts of our brain needed for learning and growth – it literally robs the brain’s ability to learn.” She concluded, “And this is why mindfulness can be so helpful. It offers an effective and compassionate alternative to shame. It gives us the courage and kindness we need to see our mistakes clearly and to learn from them.”

Shapiro finds her work with different communities so rewarding – “No matter who I’m working with, I’m touched by our common humanity – we all want to feel fully valued and loved.” Mindfulness resonates with people because it brings us back into the present moment, back into a deeper connection with our values and what is truly important. Shapiro added, “Often, when people first begin practicing mindfulness, I see a sense of resonance – a feeling of ‘I already know this’ at some level.” And they should – Shapiro explained that mindfulness is not just a meditation technique; it’s a way of living and of being. Simply put, mindfulness is an inherent part of being human.

Shapiro’s newest collaboration is with the biotechnology company Genentech, which launched at the end of October. Together, they created an online video series, “Exhale, Mindfully Manage Your IPF,” designed to help patients with chronic illnesses and their family members. The videos specifically address persons living with idiopathic pulmonary fibrosis, a lung disease. “It’s a challenging and progressive disease,” Shapiro said. “There’s no cure; so, we are offering tools [such as mindfulness and meditation] to help them cope with the physical and emotional challenges of their illness.”

The video series is already generating positive feedback. The next step for Shapiro is quantitative research to study the effectiveness. “Mindfulness could be applicable to a wide range of chronic illnesses, it’s not a panacea or a cure all, but a good integration between mindfulness and Western science has already shown to be promising.”

Shapiro was delighted when Genentech approached her to collaborate. “Here in the Bay Area, we are overwhelmed by technology. Technology isn’t inherently bad or good – it’s more about how we use it. We can use it wisely or unconsciously.”

Shapiro added, “Luckily, in this case, Genentech offered a profoundly healing opportunity. I am inspired by Genentech’s vision to integrate mindfulness into their modern technological world. In fact, many of our thought leaders and most influential companies are interested in mindfulness.” And, thanks to Dr. Shapiro, these Silicon Valley companies can now reach communities who could benefit most from mindfulness.