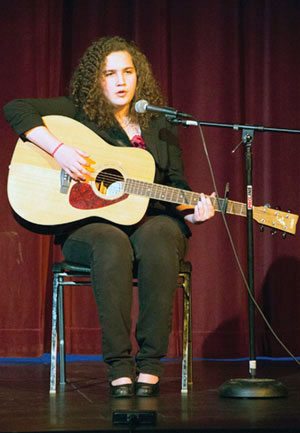 Santa Clara students proved, once again, that the city is filled to the brim with talent, as 13 acts competed at the fifth annual Santa Clara’s Got Talent Competition on Jan. 18 at the Community Recreation Center.

This year, there was a little bit of everything in the mix from dance (ballet, folk, Polynesian, flips and tricks) to drama, and a piano solo to musical ensembles. And, after the competitors finished performing, SCHS alumnus Jake Cavicchia, whose band, A Lovely Bunch of Coconuts, won the music category at last year’s competition, treated the audience to a performance while the scores were being tallied. When the judges returned, the winners were announced.

Melody Meo, a senior at Santa Clara High School, took the top spot and a check for $375 with her rendition of Coldplay’s “Fix You.” The visibly stunned Meo hesitated before walking up to accept her check. “It’s really exciting and I wasn’t expecting it,” she said. “I’m just really blessed and honored. Singing is a really huge passion of mine and I do this event to perform, get the experience and share my voice with people.” 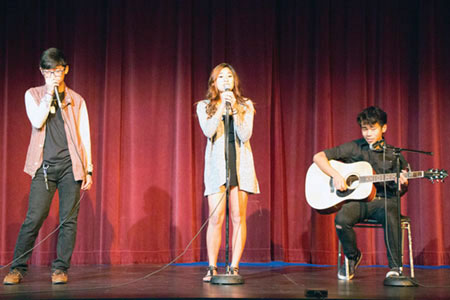 Second place and a check for $250 went to the Filipino-American Student Association (FASA) at Santa Clara High School who performed a traditional Filipino stick dance. The group, which also took the prize for People’s Choice, was excited about both wins.

“It was our first time as a club entering into a competition,” said SCHS senior and club president, Jacob Gagarin. “Usually, in the past years, we just performed our folk dances for our ethnic shows. Actually winning made this a better experience, with a lot more excitement…We decided to enter because we felt the need to express our culture…[We decided] that if we won, which we did and it’s an honor, we would use the money to go toward our ethnic shows – to buy more costumes and props.”

“I can’t even describe [the feeling of winning],” added SCHS junior Claudia Mabanta. “Everyone worked so hard and I think we really did deserve it. It was great.” 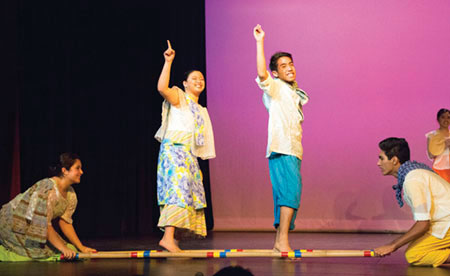 Third prize, which included a check for $125 went to SCHS sophomores Geraldine Sotto, Jared Gacusan and Arvin Villadelgado who performed a mix of Drake’s “Hold On, We’re Going Home” and Justin Timberlake’s “Suit and Tie” complete with Villadelgado beatboxing.

“I didn’t think we were going to win,” said Sotto. “Someone called me to say that I should audition and I thought I would get my friends together and we would audition together. Our song was actually last minute We [decided on] it the day before.”

The performers were judged, using a scale of one to 10, on their talents and abilities, originality, creativity, how their performance was received, and how organized their performance was. In addition to Cavicchia, Wilcox High School senior and former Youth Commissioner Sufyan Abbasi and SCHS teacher Anthony Butler served as judges.

Schools
Author Cynthia ChengPosted on May 25, 2011
Craig Young, a science teacher at Wilcox High School, knows that learning science is more than just memorizing facts and applying formulas. “The most...
SPONSORED