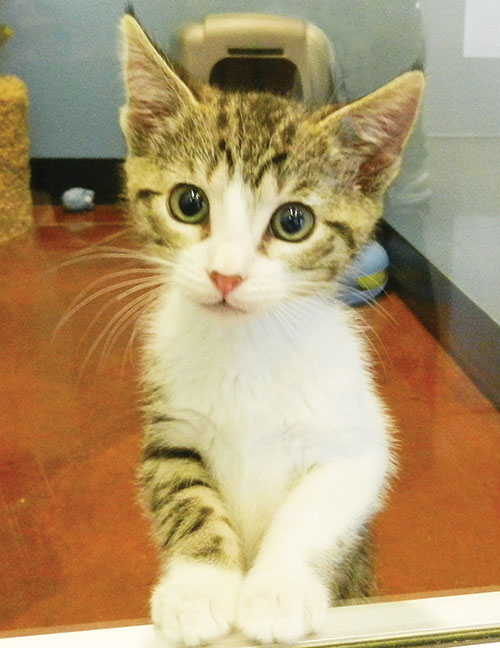 Over the past few years, shelters across the country have been working to improve save rates to ensure all adoptable animals find homes. This effort has not only increased shelter stays for the less desirable black cats and bully breed pit bulls, but forged relationships between government-ran shelters, rescue organizations and other community partners. The explosion of social media over the past decade has also helped lead the charge in networking the direct cases to find foster homes for animals that would have previously been euthanized. Still, the bulk of this effort comes from the shelter staffs themselves and those dedicated to saving animal lives, which can be seen throughout Santa Clara County in the steady rise in live release rates.

Santa Clara’s Silicon Valley Animal Control Authority (SVACA) has consistently improved its numbers and for 2016 reached an over 90 percent live release rate for the third consecutive year–an unprecedented ranking for a municipal shelter.

“As an ‘open door’ and cageless facility, we receive stray and owner-surrendered animals regardless of their physical condition or behavior status yet achieve an amazing save rate,” said SVACA Executive Director Dan Soszynski.

The number puts SVACA at “no kill” status, defined as saving a minimum of 90 percent of all healthy and treatable animals, and reserving euthanasia for terminally ill animals or animals that are considered a danger to public safety.

“We’ve accomplished what few other comparable shelters have,” said Soszynski, adding that much of the reason for SVACA’s success comes from the “hard work of our dedicated staff and volunteers,” which includes the shelter’s non-profit, all-volunteer Friends of SVACA, community partners in the WeCARE alliance (Humane Society Silicon Valley, PAAS, Town Cats, SJACS and SCCAS), trap-neuter-release (TNR) program and foster program, which is currently recruiting.

SVACA’s kitten fosters provide a temporary home for kittens under two pounds and unable to be sterilized and placed for adoption at SVACA’s animal care center. All fosters must be over 18 years old and have an extra room to keep foster animals separate from family pets. Household pets must be current on vaccinations and all potential fosters are required to fill out the foster application available on SVACA’s website or at the shelter, 3370 Thomas Rd., Santa Clara, 95054. All veterinary care is provided and all animals are returned to SVACA for adoption. Cat, dog and puppy fosters are also needed.

The New Homes on the Block: Emerson Homes