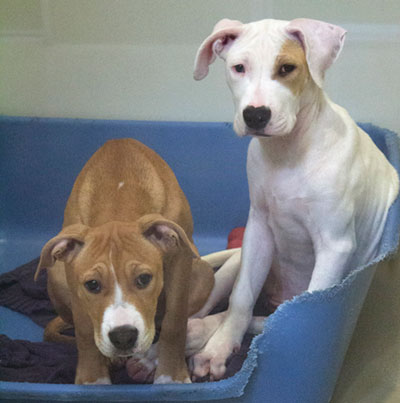 It’s that time of year again.

Kitten season, from June through October each year, keeps Bay Area shelters filled to capacity. Each year, Silicon Valley Animal Control Authority holds an adoption event, this year on Aug. 10, to find forever homes for the animals in its care. While the focus remains mostly on cats, SVACA has had an influx of dogs to its cageless complex on Thomas Road in Santa Clara. 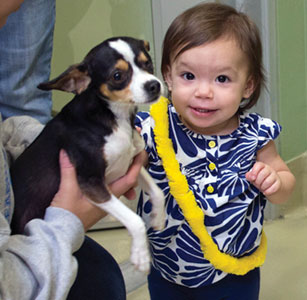 “We have a lot of dogs right now,” said Shelter Manager Michael Limper. “I think we have about 40 percent more than last year and we’re not quite sure why that is.”

While the shelter usually receives smaller dogs due to its size, there were quite a few larger breeds available for adoption, including Zoe, a 2-year-old blue pit with a slight vision impairment and five pit bull puppies.

Within the first hour, two bunnies, Jazz and Airel, and one dog, Sidney, had been adopted. By the end of the day, 18 of the over 20 dogs and 30 cats that were available found forever homes at the name-your-own-adoption-fee event. One of those dogs enjoying life with his new family is Mogo, a one-eyed Chihuahua who had been at the shelter since May 8 and before Saturday was “always the bridesmaid and never the bride.”

Visit www.svaca.com to see all of SVACA’s available dogs and cats. Fans of orange tabbies should spend some time with Adele, a nine-year-old, loveable longhair mix who has been at the shelter since January.