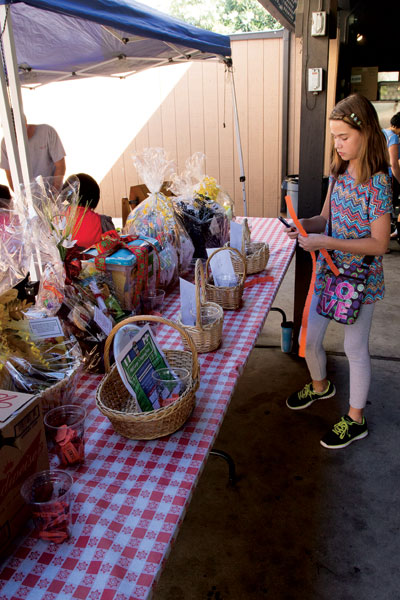 For 40 years, the Santa Clara Sister Cities has been enriching community life through its cultural exchange program. On October 7, the organization held its 31st Annual Chicken BBQ at the Santa Clara Elks Lodge to help finance the cost of the program.

&This is one of the biggest fundraisers we do,& said Sister Cities President and City Council candidate Debi Davis. &It’s our 31st annual barbecue…This is a thank you and it’s a fundraiser.&

For $13, event attendees were treated to half a chicken, baked beans, salad, garlic bread, and ice cream with sprinkles and chocolate or caramel sauce. Extra pieces of chicken were sold for three dollars.

In addition, Sister Cities supporters participated in an opportunity drawing and raffle with prizes like tickets to the Tech Museum and the Santa Cruz Boardwalk.

“We visited a lot of shrines and went to museums,” said Arellano, who plans to attend either New York University or St. John’s (NY) with the goal of becoming a journalist. “I spent a lot of time with my host family. It was incredible…[Sister Cities and my experiences in Japan] helped me a lot in my social life. [The organization] has helped me with my maturity. You meet a lot of people and it’s really great to be part of the community…Last year I was historian so I did a lot of the email and helped write articles for our newsletter.”

“We went [to Japan] together last summer,” chimed in Lin who plans to attend San Francisco University or San Jose State and become a doctor. “We went to shrines; we went to castles. We went to a lighthouse. It was so much fun. We went to a barbecue house [restaurant]…I don’t know how they do it, but Sister Cities has helped me gain responsibility.

“I’m very grateful to Sister Cities and Debi especially. Debi, Kathy [Kuwano], Yukie [Ikezi] – everybody and the members. They’re just amazing to me and they’re a big support.”

“It’s fun,” said Secretary Alison Truong, another Santa Clara High School senior who hopes to attend either Cosmopolitan Technical School (VA) or San Jose State to obtain a degree in video game design. “It’s a good feeling to make other people happy…[Sister Cities] really brings out your personality. I’m not even afraid to do presentations in school anymore. It’s definitely been a blessing.”

Technology, Recology and Luck Find Needle in a Haystack